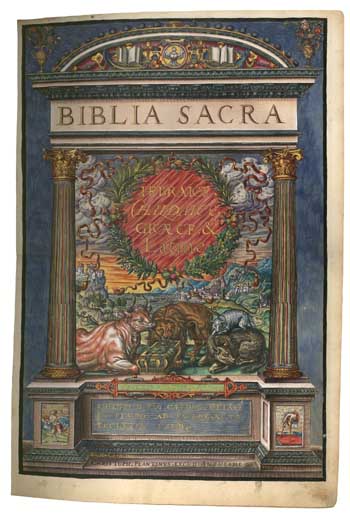 The Bibliotheca Philosophica Hermetica in Amsterdam is currently showing an exhibition on the manuscripts and early printed editions of the works of the renowned German theosopher Jacob Böhme (1575-1624). The exhibition focuses on the collection of books as they were first brought together in Amsterdam around 1640 by the wealthy merchant Abraham Willemsz van Beyerland, and also considers the subsequent history of this remarkable collection.

Beyerland was gripped by Böhme’s spirituality and avidly collected his works. He translated and published most of Böhme’s mystical texts in Dutch and thus played a role of immense value in the dissemination of Böhme in the Dutch Republic. For the first time since centuries, the greater part of Beyerland’s considerable collection of autographs and early copies is now back in its earlier home Amsterdam.

Loved and criticized from the start, Böhme’s work has remained a focus of discussion. His followers tried to safeguard his treatises, where the authorities confiscated them. Ironically enough Jacob Böhme, the philosophicus teutonicus, became the best read German theosopher. 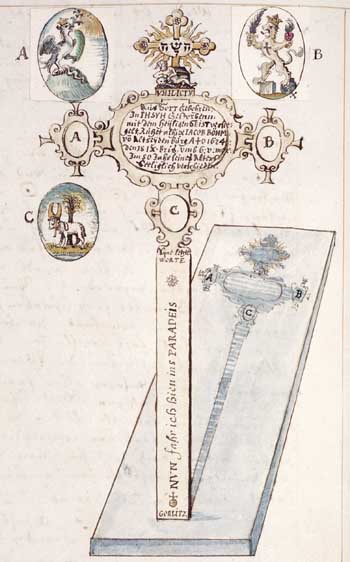 In Amsterdam, the diplomat and art dealer Michael le Blon was also one of Böhme’s adherents in the circle of Beyerland. The exhibition not only shows Le Blon’s portrait from the Rijksmuseum, there is also a codex with texts copied by his hand including a drawing of Böhme’s funeral cross and its symbolic inscriptions.

Of special importance for CODART Members is the edition of the collected works printed in Amsterdam in 1682. This publication, in 16 separate volumes, contains as many beautiful engravings. The identity of the man who designed them was unknown until Frank van Lamoen came across his name in a manuscript in the BPH in 2002: Michael Andreae. Earlier, the designs had been attributed to several other artists, amongst whom Jan Luyken. Andreae, who came from Riga in Latvia, was also a follower of Böhme. In the 1670s he was in Amsterdam, where he participated actively in the 1682 edition. Andreae not only designed the engravings, he also wrote the adjacent commentary. Both illustrations and commentary form the basis for a PowerPoint presentation to be seen in the exhibition.

Even though they provided careful editions of Böhme’s works, his followers begrudged each other the possession of the originals. In the 18th century the collection left the Netherlands and was brought to Berlin, where it was quietly cherished by adherents. From Berlin onwards the manuscripts and books became dispersed in WO II. Beyerland’s 17th-century collection is now back in Amsterdam for the first time.

The exhibition celebrates the 50th anniversary of the Bibliotheca Philosophica Hermetica founded by Mr. Joost R. Ritman, who in the space of 50 years has managed to bring together a world renowned collection on Hermetica, Alchemy, Mysticism, Rosecrucianism and Gnosis & Esoterism.