Fantasy sea creatures, creepy monsters and freakish body shapes reminiscent of dripping candle wax. That’s the auricular style: the most important and most sensational contribution that the Netherlands has made to the development of interior art in Europe. Jugs, scales, furniture and picture frames with these seemingly just-solidified shapes, adorned the chicest interiors of the 17th-century elite. The Dutch artists of this style enjoyed unprecedented status in their time and established the trend in England, Germany and France. They were mutual friends and could compete with Rembrandt, who even portrayed the auricular style in his paintings. The Rijksmuseum highlights this ‘Dutch Design’ in more than one hundred works of art from the Golden Age. 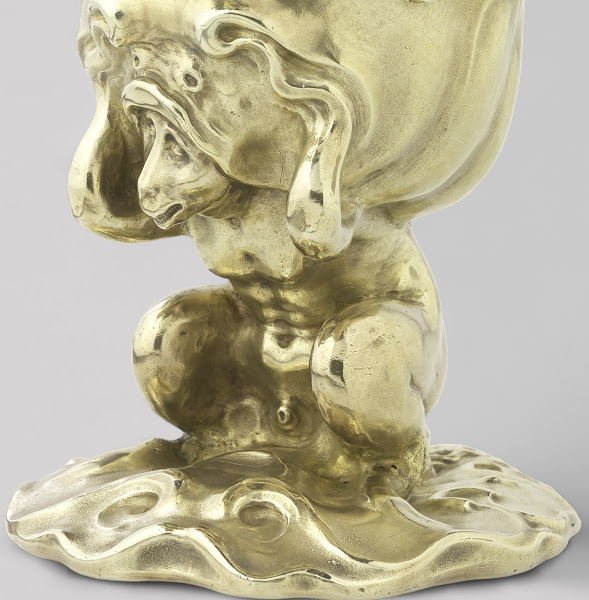 This retrospective exhibition features auricular masterpieces from international museums and private collections. Among them are the Standing Cup with Cover by Johannes Lutma from the Walters Art Museum in Baltimore and The Dolphin Basin by Christiaen van Vianen from the Victoria and Albert Museum in London. Another highlight is the gilt leather wall hanging from the rooms of the Duke and Duchess at Castle Skokloster in Sweden. Two doors from Johannes Lutma’s famous choir screen in Amsterdam’s Nieuwe Kerk will also be on display. Special attention will be given to the kwab ornamentation on frames or in paintings. To this end the exhibition will include Gabriel Metsu’s A Man and a Woman Seated by a Virginal, loaned from the National Gallery in London, in which the artist includes a frame in kwab style in his depiction of the scene. On loan from the Gemäldegalerie in Kassel is Rembrandt’s The Holy Family, in which the artist created his own trompe l’oeil frame in kwab style. The exhibition will even include two scale-model miniature frames, from the dolls’ house of Petronella de la Court, on loan from the Centraal Museum in Utrecht. 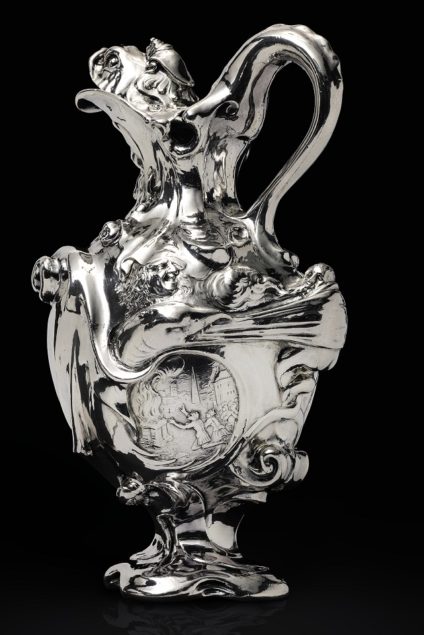