This autumn the Rijksmuseum will honour one of the founders of Dutch painting: Johan Maelwael (Jean Malouel). In the late 14th century this native of the city of Nijmegen was active as a versatile, pioneering and productive artist in Western Europe during the Middle Ages. Having begun as a heraldic painter at the court of the Dukes of Guelders, he then worked for nearly twenty years in France in the service of Queen Isabelle of Bavaria and as a court painter and valet de chambre to the Burgundian dukes Philip the Bold and his successor, John the Fearless.

At the Burgundian court, Maelwael painted flags, banners and armour; he designed patterns for fabrics; he executed large religious paintings; he created refined miniatures in illuminated manuscripts; he decorated sculptures with gold-leaf and color and he painted small devotional pieces and portraits. Around 1400 Maelwael introduced his three talented nephews as miniature painters in France: the legendary Limbourg brothers Herman, Johan and Paul.

For the first time, Maelwael’s paintings will be exhibited alongside medieval art treasures, manuscripts, precious metalwork and sculpture – from among others, the Musée du Louvre in Paris, the MET in New York and the Gemäldegalerie in Berlin. Maelwael’s paintings will be juxtaposed not only with the sculpture of his contemporaries Claus Sluter and Claes van Werve, but also with the richly decorated illuminated manuscripts of the Limbourg brothers. 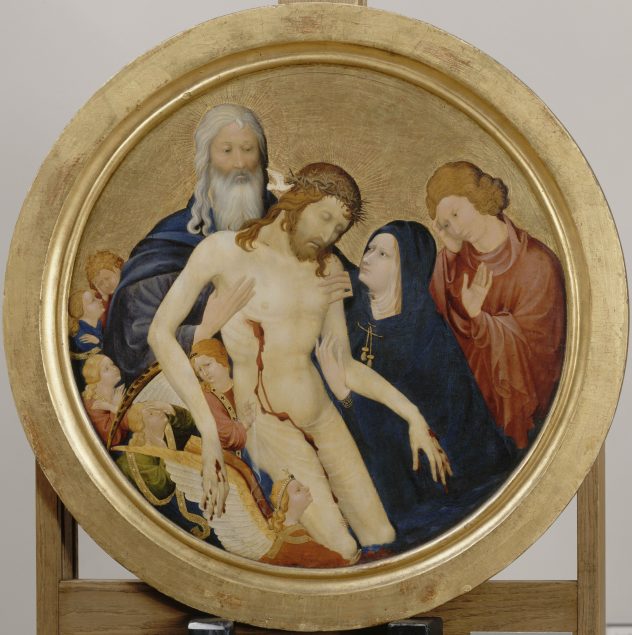 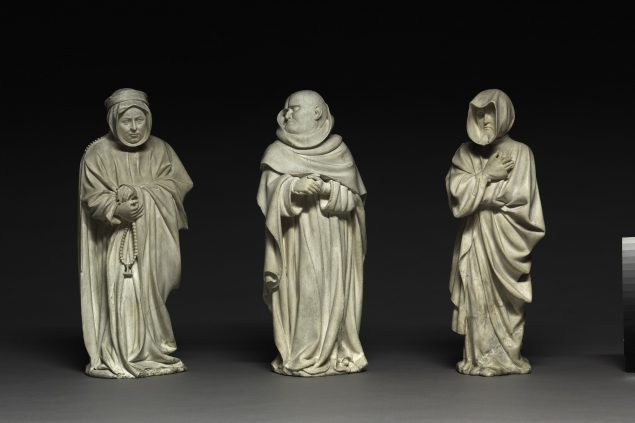 Claus Sluter and Claes de Werve, Thee Mourners from the Tomb of Philip the Bold, 1404-1410
Cleveland Museum of Art, Cleveland