Precious stones have fascinated people since time immemorial. The Museum Schnütgen is now dedicating an exhibition to the water-clear rock crystal with around 130 objects from international collections. The exhibition is based on the high-quality rock crystal objects in the museum’s own collection and the hitherto unique discovery of a twelfth-century rock crystal  cutting workshop near Cologne Cathedral. In addition, this exhibition also includes several objects of Netherlandish origin, such as the The Feast of Herod by Juan de Flandes (on loan from Museum Mayer van den Bergh, Antwerp) which depicts a table legs made of rock crystal, and loans from Museum Catharijneconvent in Utrecht (Salvator Mundi, ca. 1500/09), Musée des Antiquités in Rouen (a 15th-century spoon), M Leuven (Reliquary figurine of St. Catharine, ca. 1500) and Teseum Tongern (Salvator Mundi, 1400). 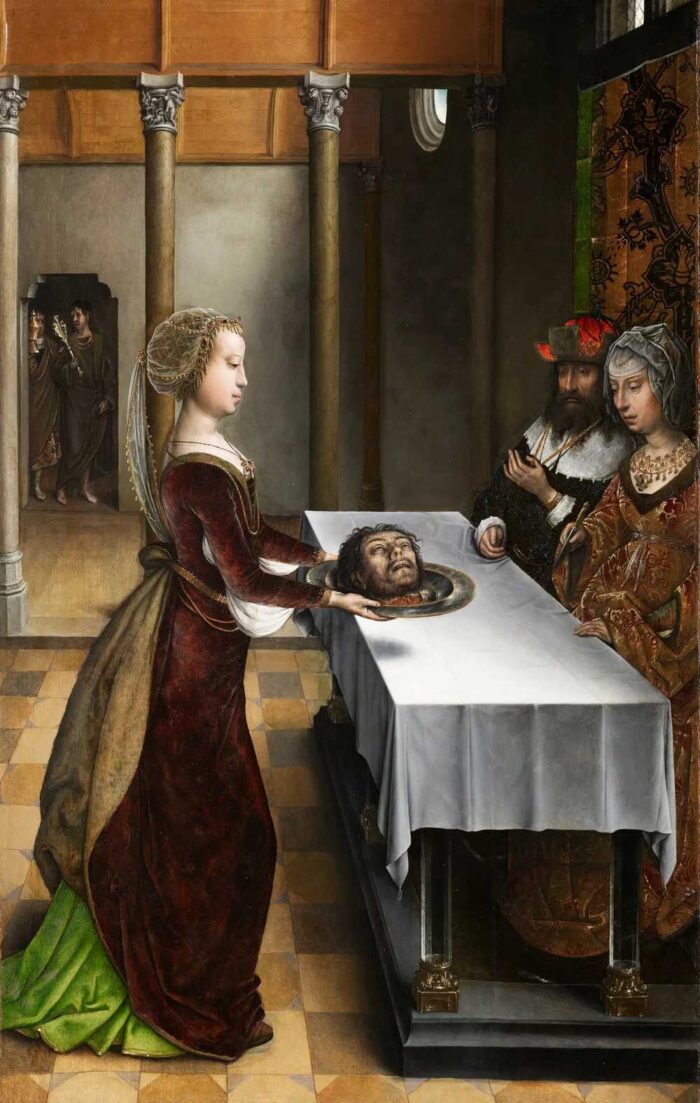 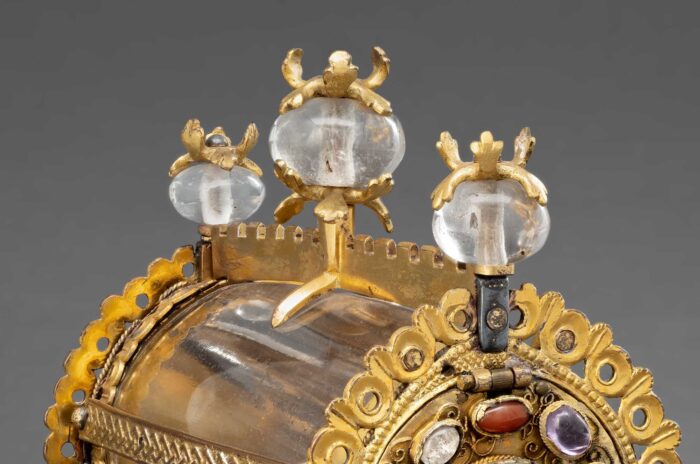 The Roman scholar Pliny the Elder considered the pleasantly cool, colorless rock crystal to be petrified ice  that will never melt. Even in ancient times, people believed in the healing powers and magical properties of the crystal. In the Middle Ages, the precious mineral played an important role in the context of Christian faith – it was interpreted as a manifestation of the divine. But it was also in demand at the courtly table and, of course, for fortune-telling. It is above all its transparency and translucency that give rock crystal its great attraction. Even uncut, it offers an imposing appearance with its sparkling, six-sided cones. When processed, the material becomes even more luxurious – the sacred and profane exhibits made of and with rock crystal bear witness to this and stand for themselves in their uniqueness and preciousness. Rock crystal is a hard but fragile material that requires great skill to work. It cannot be carved or worked with hammer and chisel, but it can be shaped and decorated using various cutting techniques.

On display are exquisite rock crystal containers that were used, among other things, as reliquaries and as royal ceremonial vessels. But also optical lenses, cooling balls and even a chess stone made of rock crystal await the visitors. In addition, hundreds of individual parts of the Cologne rock crystal workshop found in 2005 will be on display. Furthermore, panel paintings, sculptures and manuscripts bear witness to the importance and use of the transparent “gemstone”.

The catalogue presents for the first time, works made of rock crystal from antiquity to the end of the Middle Ages in a comprehensive manner. The spectrum ranges from vessels for sacred and profane objects to crosses, chess sets, amulets, cooling balls, official signs and magnifying glasses. The facets of rock crystal as a material, its processing, use and symbolic interpretation are not only examined from an art-historical perspective, but also from the perspectives of mineralogy, archaeology, geology, philology and optics.