The exhibition presents the creator of the “Forest Floor Still Life” for the first time ever within the context of his contemporaries. Not only does the event mediate upon the beauty of still lifes, it also reveals the fascination with the dark, the hidden and the eerie.

Doing so, the intention is to rediscover the forgotten ties between art and the sciences at that time. The 17th century experienced an epochal change, one in which bookish scholarship would lead to the empirically researched natural sciences, thus creating the foundation for our world view today. It was the century of the microscope. Unknown visual worlds and objects never seen by humans up to then demanded representation. Therefore, artists belonged to the inner circles of science.

In his works, Otto Marseus van Schrieck depicted mushrooms, insects and spiders, amphibians and reptiles – and especially snakes. All of these plants and animals were the subject of intensive study during his life, with famous scholars such as Jan Swammerdam explicitly referring to observations by his friend Marseus.

Artists and scholars undertook journeys to Italy, France and England. Letters, graphic prints and publications made their findings, discoveries and presentations known throughout all of Europe. The exhibition takes these testimonies as a basis for revealing the networks for acquiring knowledge at that time. 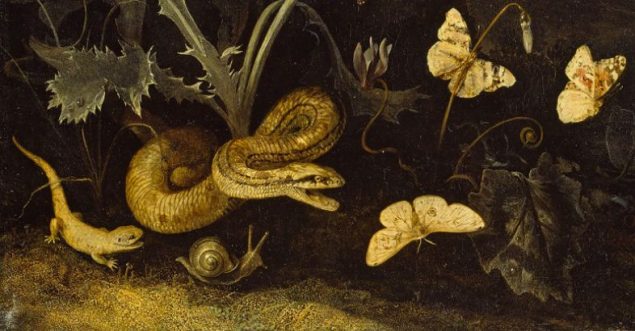 For today’s viewers, the interrelations between the still lifes and the scientific knowledge at that time bring the art works to life. The exhibition makes recognisable that they are early testimonies to an awareness and perception of nature, in which the traditional was still wrestling with the world view we regard as being credible today. But especially, the exhibition displays a form of painting capable of emanating its own unique fascination, and which has become an exhibition subject in its own right for the first time ever here. 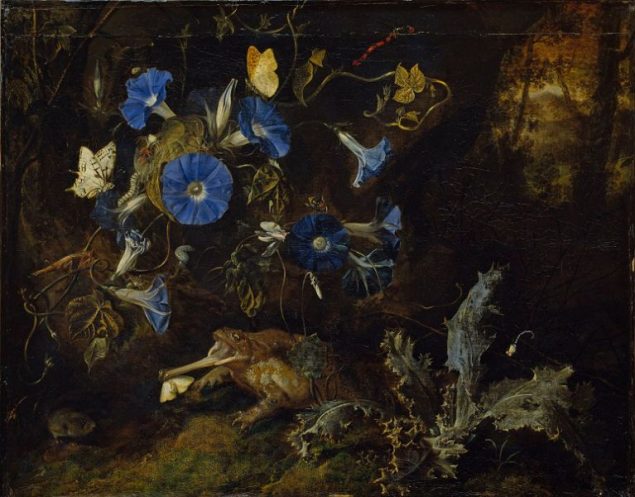