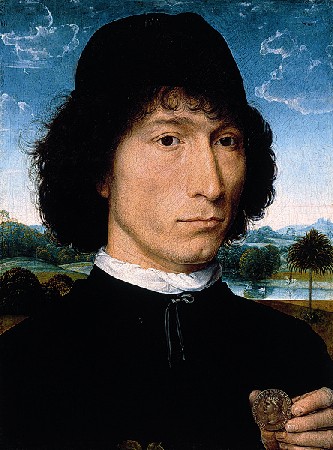 The Frick Collection is the only museum in the United States to present this touring exhibition of paintings by the important Netherlandish artist Hans Memling (c. 1440–1494). The presentation of Memling’s Portraits in New York provides the most comprehensive overview undertaken of the artist’s successful career in portraiture, with a selection of more than twenty works by the master and his school, including portrait-wings from diptychs and triptychs along with autonomous panels of individual patrons. Nearly two-thirds of all of Memling’s recorded portraits are featured in this exhibition, which is considered to be an unprecedented viewing opportunity, and one unlikely to be repeated. Indeed, the exhibition, which not only illuminates the career of a Renaissance master, but also explores the function of portraiture in the Netherlands during the fifteenth century, has been a highlight of international museum calendars this year, having been met with critical acclaim at both of its European venues (last spring at the Museo Thyssen-Bornemisza, Madrid, and this summer at the Groeningemuseum, Bruges). The touring exhibition was co-organized by those institutions and the Frick. Its New York showing and final stop – running from October 12 through December 31, 2005 – is coordinated by Chief Curator Colin B. Bailey.

The exhibition is accompanied by a full-color catalogue published by Ludion that features essays by Till-Holger Borchert, Chief Curator of the Groeningemuseum (also the catalogue’s editor), Lorne Campbell, Paula Nuttall, and Maryan W. Ainsworth. It is available for $40 in English and French softcover editions through the Museum Shop of the Frick, the institution’s Web site (www.frick.org), and by calling +1 212 288 0700. This fall, the Frick presents a number of related free public lectures. As part of its celebrated concert series, a special joint concert-lecture event is offered.

This exhibition is supported by an indemnity from the Federal Council on the Arts and Humanities.

This project is also supported, in part, by an award from the National Endowment for the Arts, which believes that a great nation deserves great art.