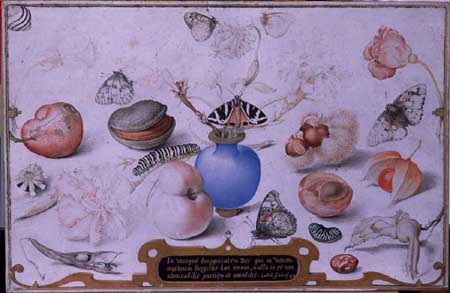 The Moselle Department Council planned to organize an exhibition entitled Merveilleux! (Wonderland!) made up in four parts and presented in 2007 and 2008 in Manderen. During two seasons the exhibition has been the venue for novel, magical voyages into the wealth of the world and to our inner selves. This cycle, rhythm with seasons was opened with a ‘Prolog’ exhibition (spring-summer 2007) dedicated to the illustrator Jean Jacques Grandville (1803-1847), later on hosted an exhibition focused on the idea of wonderment in relation to nature that was entitled Wonderland from Nature (autumn 2007), then a departure for Wonderous Man (spring-summer 2008), ending with an ‘Epilogue’ exhibition (autumn 2008).

The location is Chateau de Malbrouck, at the crossroads of the three ‘borders’. The symposia, exhibitions, trans-border events held at this chateau scrutinise or open up new perspectives on history, culture, economy… However, there is a sensitive dimension felt at the border that is generally neglected, that which left a lump in the throut and excitement at the idea going to meet the unknown. The sensation opens up to another border that we sense less yet is the basis of human nature, this internal border that is both personal and universal: hazy and uncertain, it pushes man of the concrete world towards dreams, to the side of this gathering of scattered signs that dictate a form of the real and produce novel compositions of the mind. Based on this, the theme of marvellousness established itself naturally in this preserved side known as the Chateau de Malbrouck, with its welcoming environment.

The second instalment Wonderland! from Nature presented from September 21st to December 21st with Christian Debize as curator, leads us into invisible worlds, disturbing and jubilatory frontiers. The room of marvels where the natural and the artificial overlap, the origin of life between divine and human, landscape art as a basis of the imaginary, going beyond our limits and the magical stag make up the captivating stages.

The Brukenthal National Museum has not only Flemish paintings on display but also the works by the German painter Johann Georg Hinz’s The Shop window and the engraver Albrecht Durer’s The Miracle of Saint Eustache, by the Italian painter Paolo Veronese’s Portrait of a Child, and rare books as well: Hartman Schedel, Liber Chronicarum, Nurenberg, 1493 and Andreas Cellarius, Harmonia Macrocosmica, Amsterdam, 1708. The largest number of the objects on loan from the Brukenthal National Museum is represented by the Flemish paintings: Joost de Momper’s Mountain Landscape with a Mill, Frans Boels’ Landscape with a Bridge and Landscape with a Waterfall, Joris Hoefnagel’s Still life with a Snail and Still life with Chestnuts and Lucas van Valkenborch’s Mountain Landscape.

Thanks to the loans from the Brukenthal National Museum in Sibiu, Romania, the European Capital of Culture in 2007, older works communicate with contemporary pieces from large public collections: Pompidou Centre, National Contemporary Art Fund, Lyon Museum of Contemporary Art, etc., and private collections. Artists have taken over the castle, moving in their surprises.