In 2018, the Art Museum of Estonia – The Kumu Museum, in cooperation with the National Gallery of Art in Washington, will organize a truly magnificent exhibition on Michel Sittow (ca. 1469–1525), a painter of Estonian origin who at the turn of the 15th and 16th centuries became a highly valued and sought-after artist in European courts.

Michel Sittow was born in Tallinn (then Reval), where he probably received his earliest training in art from his father Clawes van der Sittow, who himself was a distinguished painter and wood carver in the city. In 1484 Sittow went to study art in Bruges in Flanders, at the time the artistic centre of the Netherlands, where he apparently apprenticed in the studio of Hans Memling, an internationally renowned artist working in the city, and mastered the illusionistic painting technique characteristic to the Netherlandish School. 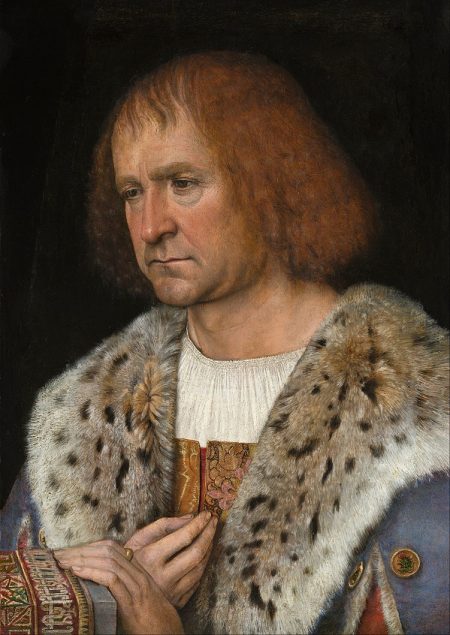 In 1492–1504 Michel Sittow worked as a court artist of Queen Isabel of Castile but later also offered his services as a portrait painter to Philip the Fair, Margaret of Austria, Ferdinand of Aragon and Danish King Christian II. Sittow returned to his home city of Tallinn (Reval) in 1506 in connection with a dispute regarding his inheritance and gained membership in a local artists’ guild in the following year. In 1514 Sittow left for Copenhagen to paint the portrait of King Christian II, and from there continued to Spain and the Netherlands. He returned permanently to Tallinn in 1518.

Today, the art world is taking a renewed interest in Michel Sittow: his works are rare and demonstrate the illusionistic painting technique that made Netherlandish art famous in the late 15th and 16th centuries.

This international cooperation project between Europe and the United States brings Sittow’s rare works of art from renowned museums and private collections from all over the world to the artist’s first individual exhibition. It is a unique platform to introduce the oeuvre of an extraordinary artist to a wider audience and to provide opportunities for further study of his works. Through some 20 works, representing most of Sittow’s small oeuvre, the exhibition will offer an opportunity to examine his art in a broader context, including Sittow’s possible collaboration with Juan de Flandes and his relationship to his Netherlandish contemporaries.

The exhibition, in collaboration between the Art Museum of Estonia and Washington National Gallery of Art, will be held in 2018 on the occasion of the 100th anniversary of the Republic of Estonia. The year 2018 will also mark 500 years since Sittow’s final return to his home-town of Tallinn.