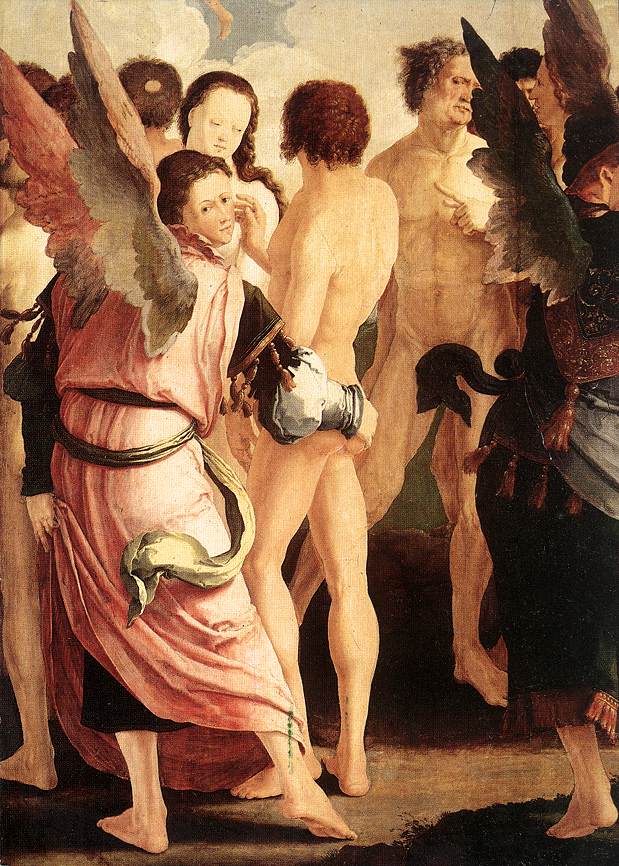 Managing Director Mrs Jetteke Bolten-Rempt leaves Stedelijk Museum De Lakenhal after seventeen years’ employment. She joined the museum on 1 September 1990 and will leave, 65 years old, on 1 September 2007. The exhibition My Last Judgment marks her farewell. For this farewell exhibition, Bolten-Rempt selected a number of spectacular works which were acquired during the years that she was the museum’s Managing Director.
None of these works can, unfortunately, be permanently exhibited. From 1 June to 2 September the selected works will be on display around the museum. The museum’s studio, where workshops are usually held, has also been turned into a gallery. In the Scheltema building, a mere two-minute walk from the museum, a swinging and up-to-date version of My Last Judgment is presented.
The exposition’s title My Last Judgment alludes to the museum’s most important work, The Last Judgment by Lucas van Leyden. A few years ago this work was joined by the similar Last Judgment by his contemporary Aertgen van Leyden. This latter painting is on loan for an extended period of time from a private collection from the United States of America. Items that are on loan for extended periods of time are also considered acquisitions.
My Last Judgment presents the Managing Director’s personal heroes from De Lakenhal’s collection. Small presentations show the work of a number of important Dutch and regional artists, pre and post 1945, in cohesion. The opportunity to compare the works byMarlene Dumas and the ‘condition humaine’ with those by Lucas van Leyden, Jan Andriessen’s works with those by Harm Kamerlingh Onnes, Henk Visch with Tinus van Doorn, Bonies with Theo van Doesburg, Thomas Raat with Lucebert and many others, shows the continuity in the history of art. The exhibition is both a plea for equality of old and modern art and an appeal to expand the museum as the contemporary heroes on display can only occasionally be shown to the public.