This summer, the Museum of Fine Arts (MSK) in Ghent will make the most out of its rich collection of drawings. The central theme of the exhibition ‘On paper’ is the City of Ghent and the artists from the city, or those who passed through or settled here. For each of them, the artistic context of local life in Ghent was a limitless source from which to draw inspiration.

On paper is an illustration of 400 years of drawing. Concurrently with the exhibition focusing on Gaspar de Crayer (1584-1669) elsewhere in the museum, the exhibition starts with a series of rarely shown studies by this Baroque artist. It will also display a series of works directly related to his altarpieces, which can still be seen in public collections in Ghent today. In connection with this, the museum will bring to light the little known illustrative oeuvre of Jan III van Cleve (1646-1716), an artist of Dutch origin who was influenced by De Crayer in Ghent. Van Cleves’ unfaltering interest in his work also meant that Baroque art endured in Ghent until the beginning of the 18th century. 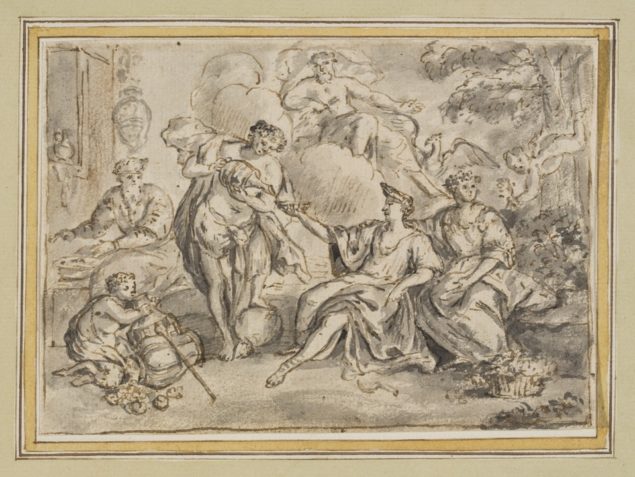