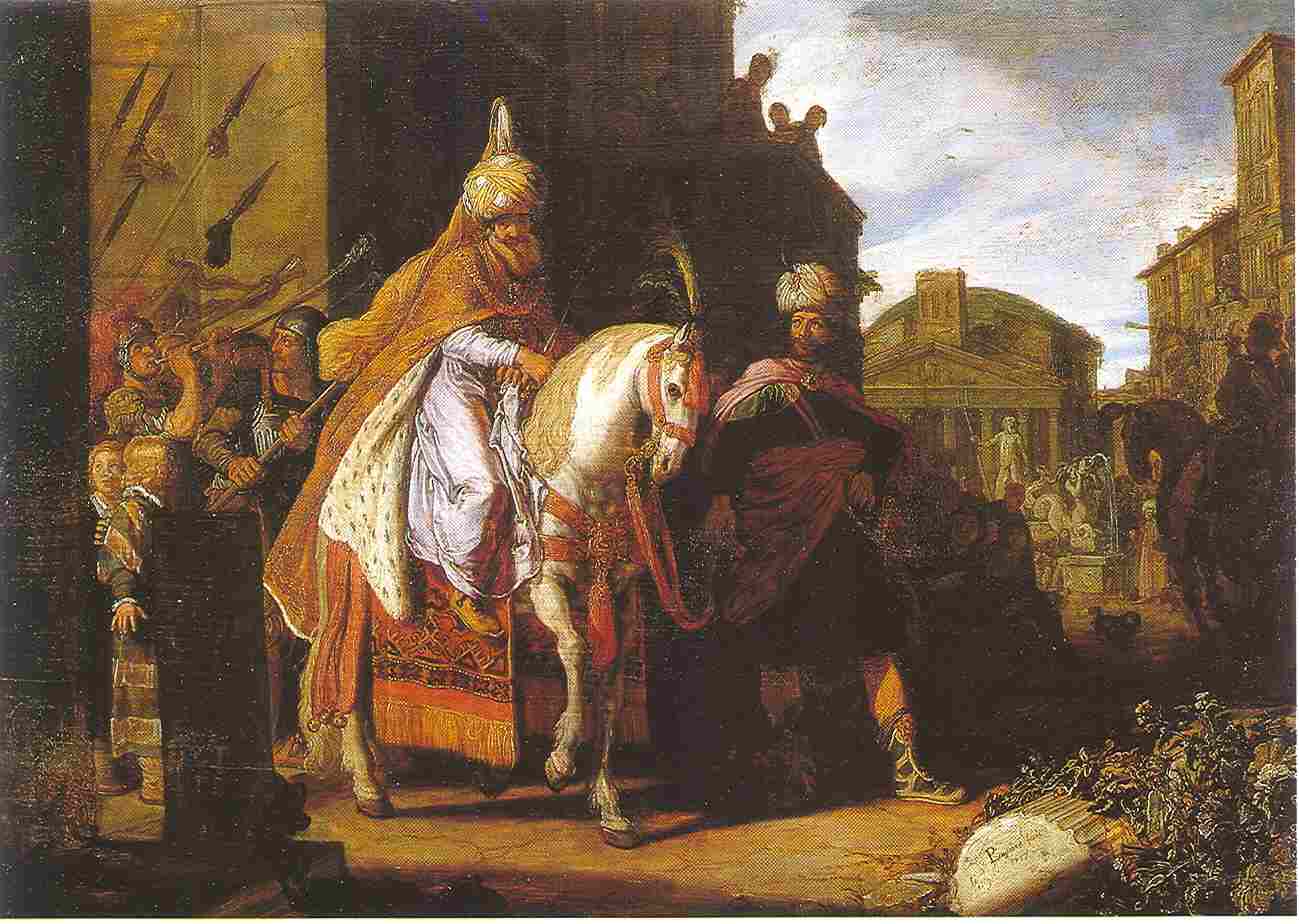 The oeuvre of the Amsterdam painter Pieter Lastman (1583-1632) is of crucial importance not for the development of history painting alone. In 1618 Lastman was lauded as one of the pre-eminent painters of his hometown in a poem of “praise to the city of Amsterdam.” For a long time he is considered “the Apelles of our century” (Vondel). He was the first to invest each of the historical figures represented in his works with an individual character. The exhibition present examples of Lastman’s characteristic themes both in small graphic formats and large-scale paintings.

It was only in the 19th century that the reason for his recognition changed: his own achievements were replaced by the fact that Rembrandt studied in Lastman’s workshop in 1623-24. Henceforth Lastman’s importance was measured in his influence on Rembrandt and the fact that after his apprenticeship Rembrandt reworked several of Lastman’s themes, thus introducing them into the cirlce of his collaborators. Rembrandt’s references to Lastman date not only from his early career before the 1630s; they continued into the 1650s.

Rembrandt’s source of inspiration for a large part of his oeuvre is evident, and it is inevitable that he will be compared with his one-time teacher. Often he clearly extracts characteristic Lastman themes and imbues them with a new explosiveness.

This exhibition is possible only thanks to a generous collaboration with the Rembrandthuis, Amsterdam. It intends to offer the first overview of Lastman’s work since 1991, with loans from Amsterdam, London, Lille, Stockholm, Berlin and elsewhere. It will profit from the rich collection of the Hamburger Kunsthalle and employ a selection of graphic works by Rembrandt, to demonstrate the multi-facetted connection of the two artists’ oeuvres.

The exhibition will be accompanied by a catalogue with essays by Oliver T. Seifert (Berlin), Adriaan Waiboer (Dublin) and Martina Sitt (Hamburg). The essays contribute to a further distinction and characterization of Pieter Lastman’s work and to the question of his influence on the monumentalized figurative themes in Rembrandt’s oeuvre.
160pp., 95 ill., Munich (Hirmer Verlag) €19.90