The Tretyakov Gallery is dedicating an exhibition to Piskator’s Bible. The bible was widely distributed in Russia and, like other engraved Western European editions of the Bible, served not only as a subject of admiration for tsarist, boyar and merchant chambers, but also as an important source of iconography for Russian miniaturists, icon painters and masters of monumental painting of the Middle Ages and Modern period. 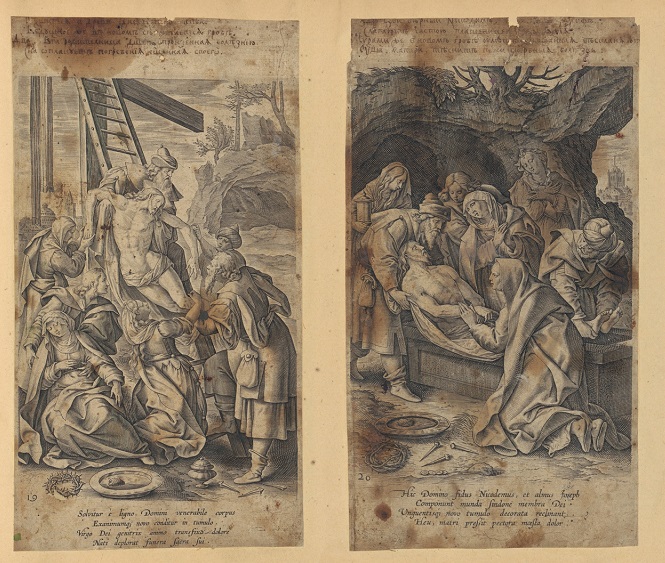 Antoon Wierix after Maerten de Vos, Descent from the Cross and the Entombment of Christ, 1643

The exposition will present the Russian icon painting of the end of the 17th – beginning of the 18th century as a vivid phenomenon, where national identity organically absorbed and reworked the heritage of the European Renaissance without destroying the internal integrity of the artistic tradition.