In the 17th century the Netherlands was one of the richest nations in the world, not only economically, but also culturally. At its peak, there were 700 painters producing about 70,000 paintings a year, which is why the era is still called the ‘Golden Age’. The prosperity and success of the young republic depended on its command of the oceans and inland waters. Its strong sense of identity as a seafaring nation also inspired artists. A new genre arose: marine painting. Like poetry, its visual verses and rhymes express the range and importance of maritime activity. A little fishing boat on a Dutch beach is portrayed with the same care and detail as an imposing three-master on a stormy sea. 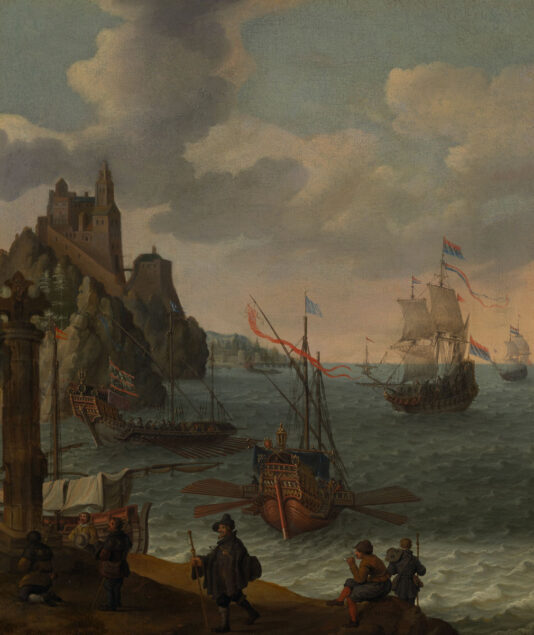 The Wallraf is displaying an exquisite selection of these marine paintings in its new annual show. Over 20 works by marine painters such as Josse de Momper, Hendrick Cornelisz Vroom, Isaac Willaerts, Jan Porcellis, Pieter Mulier, Jan van Goyen, Ludolf Backhuysen and Willem van Diest adorn the window room of the Baroque department, with its view of Cologne cathedral. The paintings are from a private collection exhibited for the first time and give a fascinating insight into the range, quality and significance of this artistic genre and its motifs. ‘Poetry of the Sea’ takes visitors to familiar river scenes, along the Dutch coast and to exotic places of mystery and adventure. Or in the words of the Dutch poet Joost van den Vondel, who wrote a hymn of seafaring in 1613: “Oh United Netherlands, where the wealth of your ship-rich cities grows, oh Admiral, which you twirl on the winds and carry on the azure field salty bridles …” 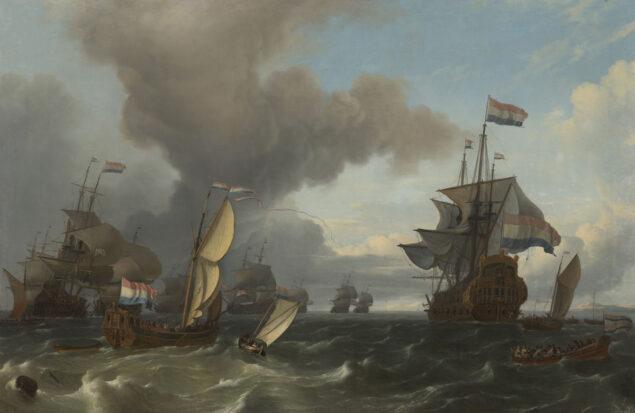