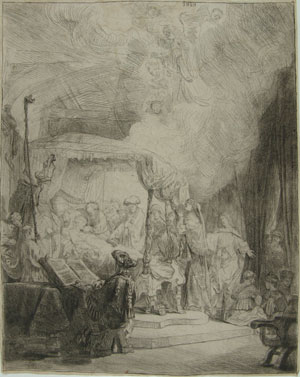 The consulate-general of the Netherlands promoted this initiative in cooperation with the Biblioteca Ambrosiana and Le Voci della Città, as a celebration of the 400th anniversary of the birth of the great Dutch artist Rembrandt Harmensz. van Rijn. 32 etchings by the great master were chosen from the larger holdings of the Ambrosiana, acquired with the great donations of the 19th century. Portraits and self-portraits, genre scenes and Biblical subjects: a significant testimony to the artist’s immense gifts as an etcher.