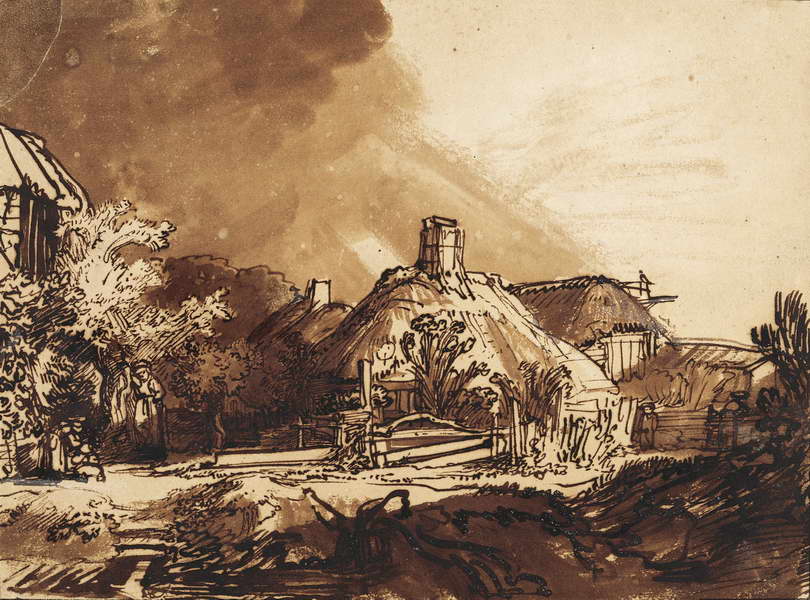 The exhibition is organized for Milwaukee by the Albertina in Vienna

Marian Bisanz-Prakken, curator of Dutch art at the Albertina
The exhibition is coordinated at the Milwaukee Art Museum by Laurie Winters, curator of earlier European art.

Rembrandt is universally accepted as one of the greatest artists of all time, and the works on view demonstrate his exceptional facility as a draftsman with different media. The show includes iconic images such as Child in a small chair with nanny, Three studies of an elephant, and Young woman at her toilet. Dutch landscape is also represented with such important works as Cottages under a stormy sky from the mid-1630s, and View of the Pesthuis from the ramparts from the late 1640s.

Rembrandt’s Landscape with the Good Samaritan, one of only eight landscapes painted by the artist, has never before traveled to North America. Lent by the Czartoryski Museum in Kraków, Poland, this painting belongs to the pivotal midpoint of the artist’s career and provides an excellent point of comparison for the landscape drawings. Other paintings include works by Roelant Savery, Philips Koninck and Willem van de Velde the Younger.

We Energies and Argosy Foundation