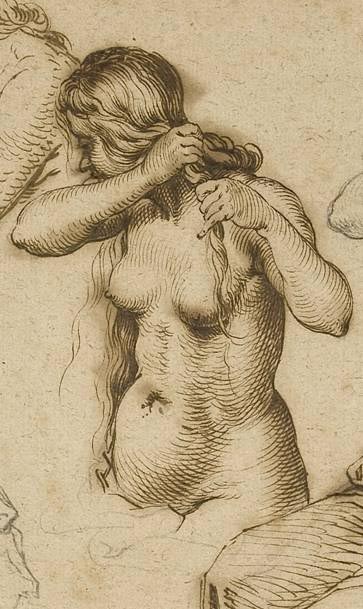 This autumn the Rembrandt House Museum is showing almost a hundred seventeenth-century Dutch drawings from the collection of Jean de Grez in the Royal Museums of Fine Arts in Brussels. Landscapes and townscapes, portraits, history paintings and biblical scenes, genre works and figure studies bring the age of Rembrandt back to vivid life-pearls of the art of drawing by celebrated artists like Hendrick Goltzius, Pieter Saenredam, Rembrandt and Adriaan van Ostade. The exhibition is superb evidence of the phenomenal quality of seventeenth-century Dutch drawing.

The drawings come from the collection of Jean de Grez (1837-1910) of Breda, which his widow donated to the Belgian state in 1911. At a stroke, the Royal Museums of Fine Arts in Brussels found themselves in possession of more than four thousand drawings by old masters, with works from the Dutch Golden Age as the most important and by far the largest group. Although the De Grez Collection is highly regarded by experts and individual masterpieces are frequently loaned out for international exhibitions, it is not widely known to the general public. Now, for the first time in forty years, a magnificent selection of works from the De Grez Collection, some of which have never been shown before, can be admired in Amsterdam.

Dutch drawings in the seventeenth century

The Golden Age was a time when trade, scholarship and culture reached unprecedented heights in the Netherlands. The prosperous middle classes, who took a keen interest in art, began to collect both paintings and drawings. The buyers preferred detailed, finished drawings, works of art in their own right, preferably in colour. These they kept in portfolios, to be brought out and admired from time to time. Drawings like these were also extremely popular with eighteenth and early nineteenth-century collectors. An interest in sketchier drawings, which came to be regarded as the most personal expression of an artist’s genius, did not develop until the latter part of the nineteenth century.

Highlights of the exhibition