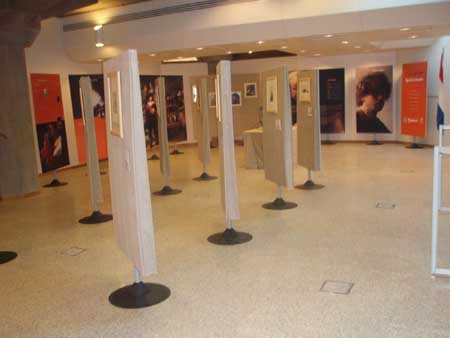 Embassy of the Kingdom of the Netherlands, Tehran, with the cooperation of the Rembrandt House, Amsterdam and the National Library of the Islamic Republic of Iran

Information from the Embassy of the Kingdom of the Netherlands, Tehran

400 years ago Rembrandt was born in the city of Leiden, the Netherlands. Producing paintings as well as drawings and etchings, he is now one of the most famous artists in the world. Rembrandt grew up in Leiden, but lived most of his life in Amsterdam. Most of his etchings reflect daily life in the Netherlands. Rembrandt was a master in making the most ordinary moments in life look special. Rembrandt produced an estimated 290 etchings and is acknowlegded as one of the great etchers – if not the greatest- of all time.

To celebrate the 400th birthday of Rembrandt, an exhibition is being held at the National Library of the Islamic Republic of Iran about Rembrandt’s etchings. It is the object of the exhibition to better acquaint the Iranian public with Rembrandt’s life and the etching techniques used by him.

The exhibition consisted of reproductions of fifteen etchings and four paintings, in addition to posters and illustrated text panels.