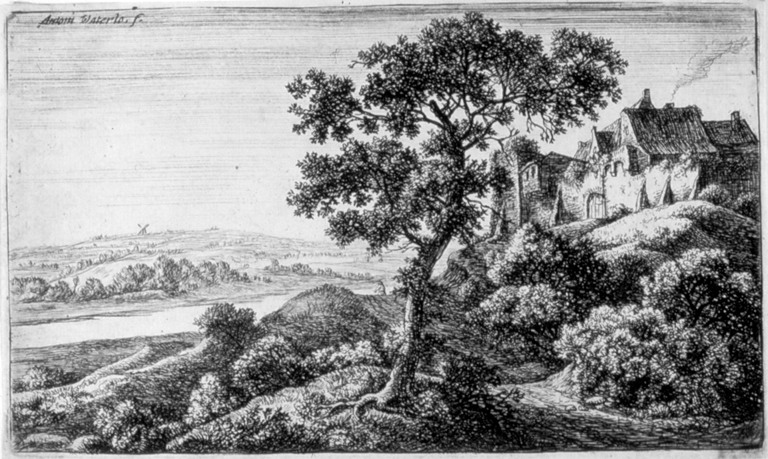 Rembrandt is widely considered one of the most important figures in western art history. The 400th anniversary of Rembrandt’s birth in 2006 was honored by exhibitions worldwide. While the majority of these exhibitions were in Europe, The Hyde Collection is pleased to present its own tribute to this master printmaker with an exhibition of his etchings from the collection of the Syracuse University Art Collection, on view in the Charles R. Wood Gallery from January 14 to April 8, 2007.

This exhibition brings together nineteen of the printed works of Rembrandt alongside twenty-one etchings by his contemporaries including Ferdinand Bol, Jacques Callot, Jan van de Velde II, and Adrien Van Ostade. The works are arranged in thematic groupings including landscapes, genre scenes, portraits, and religious subjects.

Typically Rembrandt is revered for his oil paintings, but his etchings demonstrate the same genius, range of subject matter, and vitality that he generated with his brush. Engravings and etchings were the most common form of prints created during the seventeenth century. Engraving was the medium of choice for the reproduction of paintings. Artists would hire engravers to copy their paintings and then circulate these prints throughout Europe, increasing their fame and commissions.

Artists who wished to create original designs in printed form often preferred etching because they did not need a craftsman to interpret their work. The prepared copper plate was treated like a piece of paper where artists could directly draw their designs with greater freedom and fluidity. Rembrandt took full advantage of this feature and created nearly 300 original etchings during his career.

As this exhibition demonstrates, Rembrandt introduced more than technical innovation to his prints. He made his first foray into landscape etchings around 1640 and the exhibition features an early impression titled Landscape with a Cottage and a Large Tree from 1641. Self-portraits including Self-Portrait Drawing at a Window from 1648 emphasize Rembrandt’s study of facial expressions, including surprise, self-awareness, and sorrow, that allow us insight into his character. In his later portraits, such as Jan Lutma, Goldsmith (1656), Rembrandt accurately portrays the physical features of his sitter, but captures the personality and mood of his subject as well. These introspective images are similar in many ways to the pathos and truthfulness he developed in his etchings of religious and genre subjects also featured in this exhibition. It was Rembrandt’s command of this medium combined with his ability to convey emotion, either personal or interpretative, which explains his continued popularity even 400 years after his birth.

Exhibition made possible by The Charles R. Wood Exhibition Fund and The Hyde Collection Curator’s Society.