Girl in the Picture Frame and Scholar at His Writing Table by Rembrandt are the jewels of the art collection in The Royal Castle in Warsaw. They are also among the most precious paintings in Poland. This summer both masterpieces are exhibited together with 200 artworks that were created in the Age of Rembrandt. The exhibits come from Polish state museums and libraries, as well as from private collections. All artworks have been carefully chosen to illustrate the background of Rembrandt’s life and thus enable better understanding of his art. The exhibition focuses on the following topics: Power, War, Dutch Landscape, Colonies, Science, Religion and Philosophy, Burgher’s Home, Art and Culture, and Entertainment. Each room presents a single engraving by Rembrandt which is a point of reference for other exhibits. Rembrandt himself – through his engravings – acts as a discreet guide leading us through the exhibition. Due to the fact, that engravings should not be exposed to light too long, they will be replaced by another set of Rembrandt’s prints in early August. 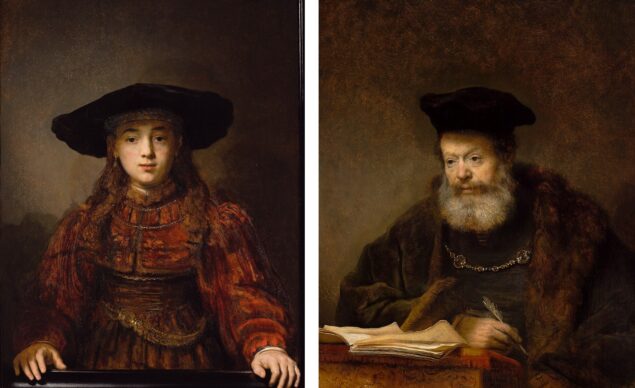 However, these are not only paintings and engravings that one can admire at the exhibition but also some fine examples of old prints, maps, Delftware, pieces of furniture, metal objects, weapons, coins and medals, drawings and textiles.

Four paintings were brought to the exhibition from abroad, due to their links to Poland. The portrait of Johannes Maccovius (Jan Makowski), a Polish philosopher and theologian who married Saskia’s sister, epitomizes links between the Netherlands and Poland in the seventeenth century. In addition, three landscape paintings – including A Calm by Willem van de Velde – that have been generously lent by Dulwich Picture Gallery in London refer to the roots of the gallery’s collection, which was commissioned by the Polish king Stanisław August. 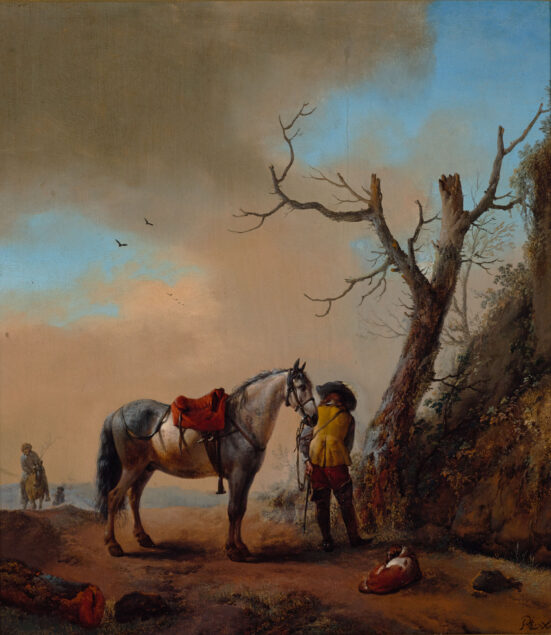 In addition to the aforementioned, the highlights of the exhibition include: a rare flower pot made in Delft for Willem III and Maria II Stuart, a paper coin (14 Stuiver 1/2 Gulden) produced during the siege of Leiden in 1574, a portrait of Saifuddin Sultan of Tidore, a small celestial globe by Willem Janszoon Blaeu, Sybilla Merian’s Metamorphosis insectorum, Ark of the Covenant in the Temple of Dagon by Jacob Willemsz. de Wet the Elder (from a private collection), Pilate Washing His Hands by Hendrick ter Brugghen, A Rooster and a Hen with Chickens and Pigeons by Melchior de Hondecoeter (a newly acquired painting, which comes from the royal collection of Stanisław August and has never been displayed publicly since the end of the eigteenth century) and a moving Portrait of Joost van den Vondel by Philips Koninck. Visitors are welcomed to the Castle and the exhibition by a 3 meters tall model of Batavia ship, which is exhibited in the museum’s hall due to its size.

The exhibition is curated by Alicja Jakubowska. Captions and descriptions in the exhibition are both in Polish and English.