Portrait of the Artist’s Daughter, Clara Serena, an intimate family portrait by Sir Peter Paul Rubens (1577-1640) was probably painted about 1623, not long before the sitter’s tragically early death at the age of 12. This charming painting, which, after cleaning, has only recently been unanimously accepted as being by Rubens, has never before been shown in the UK.

Clara Serena was the eldest daughter of Rubens and his first wife Isabella Brant, to whom he was deeply devoted. Little is known about her short life: she was baptised in Antwerp on 21 March 1611, and we can deduce that she must have died in the autumn of 1623, as one of Rubens’ friends wrote a letter of condolence on 25 October of that year.

The artist had painted a famous and very touching portrait of Clara Serena at the age of five (now in the Liechtenstein Collection, Vienna), in which the disarmingly direct gaze of the child suggests a close and loving relationship to her father. Experts now agree that the portrait on show shows the same child some years older, most likely around the age of twelve. The freshness and immediacy of the girl’s likeness suggests that Rubens painted this deeply personal picture from life, not long before his daughter died. 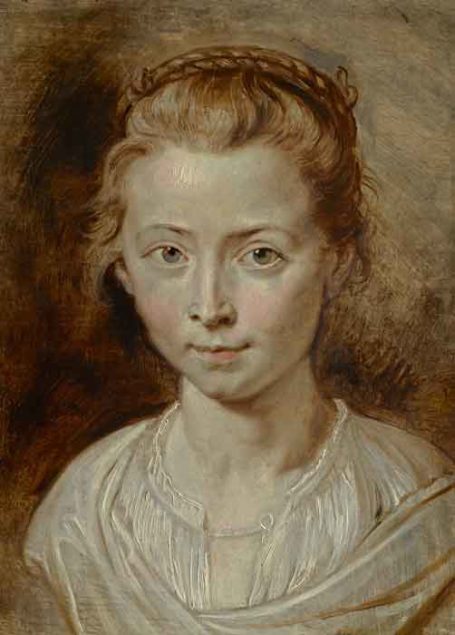