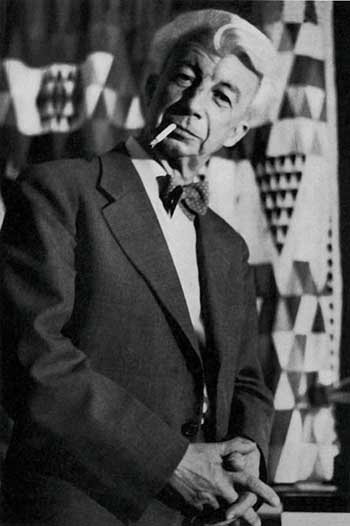 Sandberg created practically all the communication media of the Stedelijk Mueseum, which he directed from 1945 to 1962. His passion for graphic design became an integral part of the large-scale project he devised for the museum. Not only did Sandberg transform it into a contemporary art centre after the Second World war, he also redesigned the interior by introducing services, including a library and restaurant, for the public. His main concern was the artists, who he met with regularly in their studios. Convinced that art made life better by sharpening our understanding of the modern world, his mission was to make it easier and more natural for people to see art works. His typography was the graphical manifestation of these convictions. The Institut Néerlandais asked Ad Petersen, former curator of the Stedelijk Museum, and Carolien Glazenburg, curator of graphic art at the Stedelijk, to create this exhibition, which shows both the graphic work of Sandberg and masterpieces from the museum collection, including paintings by Mondrian, Karel Appel and Corneille and a mobile by Calder. All these works were acquired while Sandberg was the director of the Stedelijk.