The seven deadly sins have been one of the most popular themes of medieval art. At the beginning they were only simple personifications of particular sins in church decorations and in the miniatures of manuscripts. Later on, attributes and animals have been added to them, often contrasting them with virtues in symbolic struggle of Evil and Good. The invention of printmaking has become widely spread and developed the iconography of the seven deadly sins into sophisticated allegories.

A rich set of engravings coming from the late 15th up to the 19th century are presented at the exhibition. Among them there are engravings by Albrecht Dürer, Lucas Cranach, Lucas van Leyden and the German “little masters” of the 16th century, a dozen or so compositions by Pieter Bruegel the Elder, published in the famous Antwerp printing house of Hieronymus Cock, some mannerist engravings from the Haarlem school of Hendrik Goltzius, as well as 17th-century prints with brilliant com­po­sitions engraved after Peter Paul Rubens, Jacob Jordaens, Rembrandt van Rijn, Adriaen Brouwer and David Teniers. Engravings made by the rivals of Rembrandt, namely the Frenchman Jacques Callot and the Czech Václav Hollar, as well as 18th-century Italian and English prints, including works of William Hogarth and the outstanding mezzotintist Richard Earlom, add splendour to the exhibition. Several boards present the highest level of printmaking art in the works of French artists of the 18th c. Furthermore, several unique and little-known graphic rarities from the ancient times will be shown at the exhibition.

Engravings devoted to the original sin will be the intro­duction to the theme. Seven further parts of the exhibition will present the symbolic portraits of each particular deadly sin. There will be in turn: Pride (Superbia), Greed (Avaritia), Impurity (Luxuria), Envy (Invidia), Gluttony (Gula), Anger (Ira) and Laziness (Acedia). In the Middle Ages, the Latin initials of their names created the common term of SALIGIA , a word which is forgotten today.

The exhibition – prepared in co-operation with the Scien­tific Library of the Polish Academy of Arts and Sciences and the Polish Academy of Sciences in Cracow – is another presentation of the unique prints from the collections of the print room. Systematically organised expositions are to popularise the precious and rich, still under­estimated Polish collections of European art. 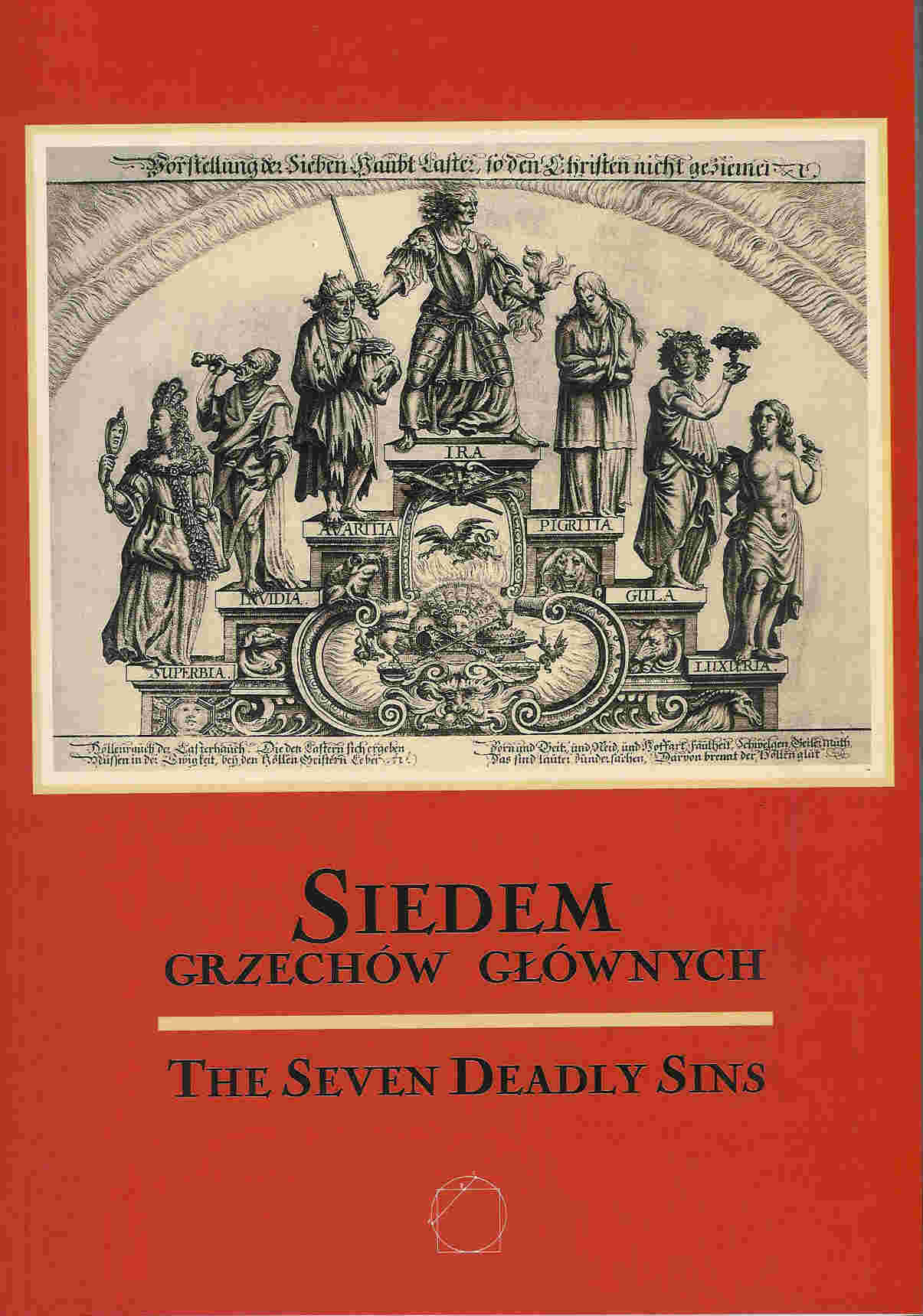