From 26 June to 23 September the Kunsthistorisches Museum in Vienna will display an ‘in focus exhibition’ of three extraordinary pairs of paintings. For this occasion, the exquisite portrait of an ‘Unknown man, aged 56’ by Frans Pourbus the Younger will be reunited with the portrait of his spouse, from the Fine Arts Museum of San Francisco. The pair will be confronted with two other double portraits by Barthel Beham (1502–1540) and Balthasar Denner (1685–1749). The showcase not only offers an example of detailed realism in portraiture at its best but also provides an insight into the reciprocal influences between the artistic spheres of Germany and the Netherlands.

The man, whose identity has not yet been determined, is portrayed in a pose well established for princely portraits. The extravagant way that Pourbus consciously identifies his own hand with a bold calligraphic signature must reflect his high level of confidence and pride in his work. It is remarkable Pourbus achieved this degree of hyper realism in his early twenties, during his very first year as a painter of the Antwerp guild in 1591.

Described in 1867 by the renowned art historian Thoré-Bürger as ‘a masterpiece of truth and expression’, this portrait once formed part of the great art collection of Elector Lothar Franz von Schonbörn (1655 – 1729), for his Schloß Weissenstein in Pommersfelden, Germany. This panel is considered by many as one of the finest portraits painted in the Netherlands at the end of the 16th century, and is arguably the greatest head Pourbus ever painted.

The panel will afterwards be on display in the Groeninge Museum, Brugge – and will be one of the highlights at the opening of the new KMSKA permanent collection. 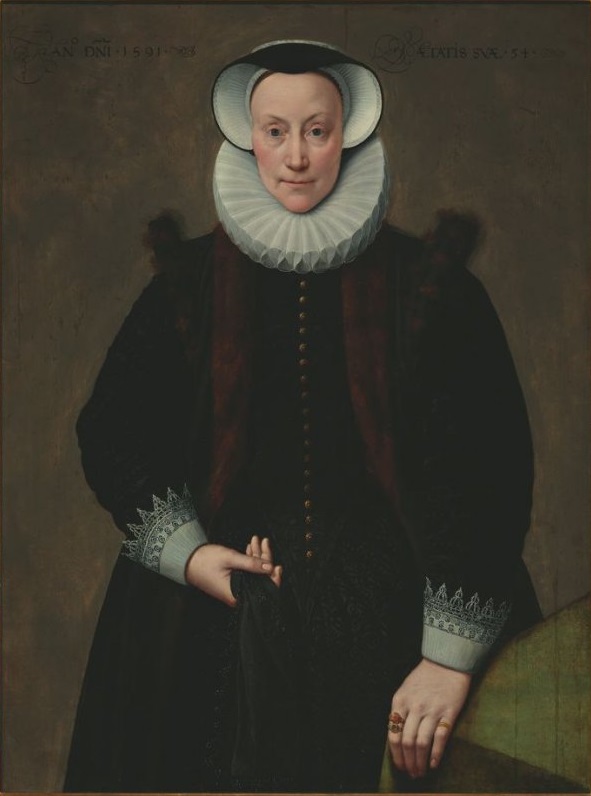 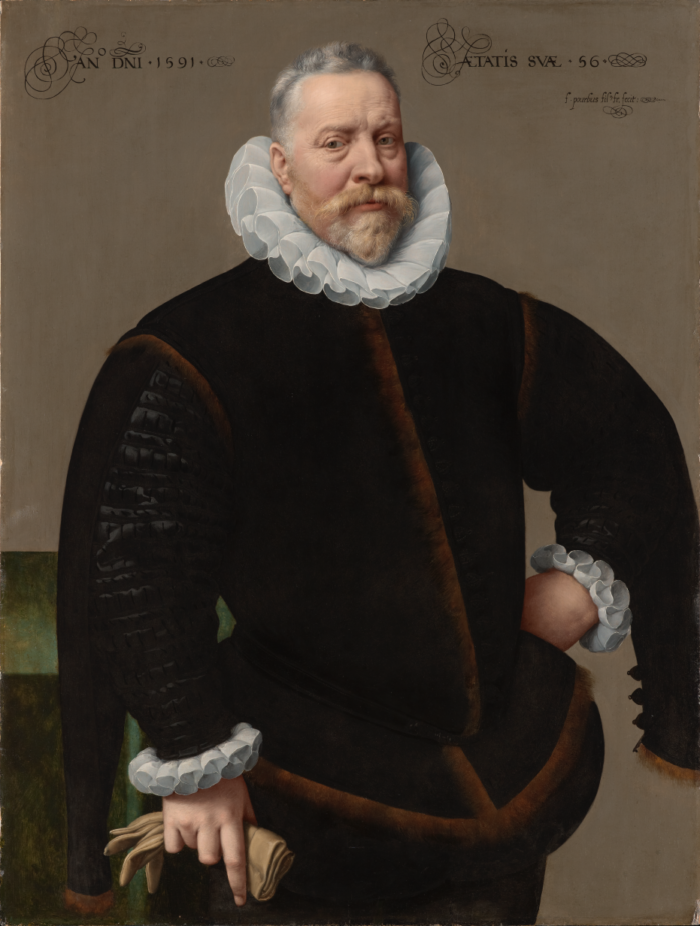