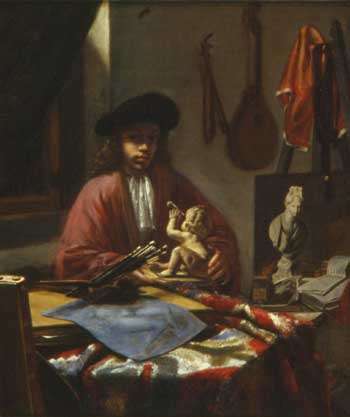 This installation highlights aspects of the original John and Johanna Bass founding donation to the museum, and will feature traditional portraiture from the past five centuries to the present day. Works include seventeenth century Italian, Flemish and Dutch examples by painters such as Anthony van Dyck (1599-1641) and Michiel van Musscher (1645-1705), as well as seventeenth and eighteenth century French court portraiture by Jean-Baptiste van Loo (1684-1745) and Hyacinthe Rigaud (1649-1743). British portraits in the Grand Manner will be represented by Benjamin West (1738-1820), George Romney (1734-1802) and John Hoppner (1758-1810). Concurrent with Robert Wilson’s innovative twenty-first century video portraits, Splendor in the Bass: Portraits provides ample opportunity for compelling comparisons of the history of portraiture in the Western world.