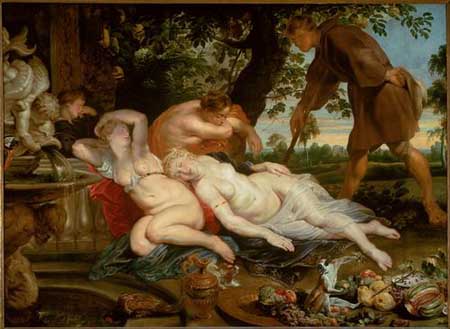 The collections of the Kunsthistorisches (“Art History”) Museum Vienna in Austria represent a treasure trove of art, which had been amassed by members of the Habsburg imperial family over the centuries. These artworks reflect the heritage of collecting by one of the most illustrious dynasties in Europe–the House of Habsburg. Starting in the fifteenth century, the collections were continually expanded, with systematic planning and organization taking place under Emperor Maximilian I (1459-1519), Archduke Ferdinand II of Austria (1529-1595), Emperor Rudolf II (1552-1612), Archduke Leopold Wilhelm of Austria (1614-1662), and Empress Maria Theresa (1717-1780). Their patronage led to a great increase in the number of extraordinary treasures in the dynastic collections, ultimately forming the core of this art history museum.

The Kunsthistorisches Museum Vienna was officially opened to the public in 1891. Gottfried von Semper (1803-1879) and Karl Hasenauer (1833-1894), the architects in charge of planning and designing the building, chose an Italian Renaissance style complemented by an ornate interior, creating one of the most outstanding and majestic examples of museum architecture in 19th-century Europe. The Picture Gallery, for example, displays some of the finest masterpieces of Italian, German, Dutch and Flemish, and Spanish painting from the Renaissance to the Baroque period. In this collection, works of the Venetian and Flemish schools of painting best represent the connoisseurship and artistic taste in the House of Habsburg from the sixteenth to eighteenth centuries.

This special loan exhibition includes a selection of sixty-seven rare paintings from the collection of the Kunsthistorisches Museum Vienna. Divided and arranged here in chronological order based on the ruler-collector of the Habsburg House, these works deal mostly with such subject matter as religion, mythology, history, and portraiture. Reflecting an important cross-section of this rich museum of art history, they also represent the vicissitudes of this major ruling family as well as the individual taste of royalty responsible for their collection. Although works of fine art by themselves, these paintings are also important documents of the period, embodying both the illustrious history of the Habsburg House and its indefatigable spirit as patrons of the arts.