The magnificent still life by Abraham Mignon (1640–1679) takes center stage of a presentation of fruit and flower still lifes dating from the 17th to the 20th centuries, offering visitors a feast for the eyes. The presentation was prompted by a restitution process which in 2015 was negotiated by the ‘Advisory Commission on the return of cultural property seized as a result of Nazi persecution, especially Jewish property’. On the commission’s recommendation the work’s return to the community of heirs of the Jewish publisher Ludwig Traube was declined, though a compensatory payment to the heirs was suggested and subsequently effected with the support of the State capital Düsseldorf, the Land NRW and the Cultural Foundation of the Federal States. The lush splendor of Mignon’s ‘Forest Floor Still Life’ has now become a permanent enrichment to the museum’s collection of still lifes of virtuoso Flemish, Dutch and German masterworks from the Baroque period through to Impressionism. The presentation also includes a newly acquired still life by Adolf Senff (1785–1863), which is shown to the public for the first time. 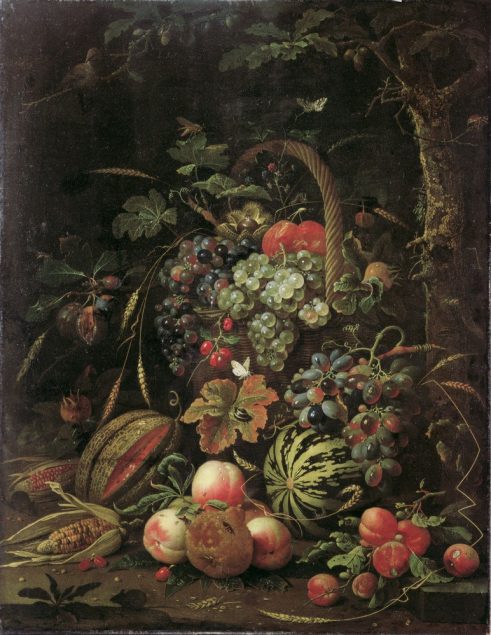