The The Early Years of Lithography exhibition will be opened in the Level 4 gallery of the National Library of Latvia (NLL) at 16.00 on 18 June. Visitors will have the opportunity to see valuable graphic-art works made with the lithography technique in the first half of the 19th century, from the collection of the K. Ubāns Art Reading Room. These will be complemented by video stories portraying the technical process of lithography and assessing the place classic lithography holds and its ability to coexist with contemporary technologies.

In addition to lesser-known works, the exhibition also includes masterpieces by renowned artists such as Johann Nepomuk Strixner (1782−1855), Eugène Delacroix (1798−1863), Théodore Géricault (1791−1824). The Monk’s Head by artist Wilhelm Reuter (1768−1834) − a unique example of German early lithography and one of the oldest lithographic folios in the Library’s collection − is particularly worth seeing. The collection’s jewel in the crown though is Faust, Wagner, and the Water Dog by Delacroix, which shows Doctor Faust and his assistant Wagner meeting a black dog. 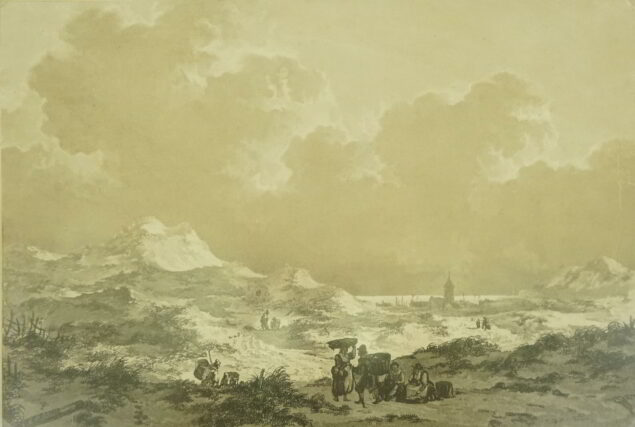 The works selected for the exhibition give an overview of the technical options offered by lithography, and the diversity of its characteristic genres and subjects. These include landscapes with historical and topical motifs, portraits, religious scenes, and illustrations of everyday life. The exhibition also includes caricatures as, in the 19th century, the lithography technique served as one of the leading propagators of criticism of the elite. In many works, romantic imagery stands alongside documentary images and the recording of events.

The lithographic technique was developed by Alois Senefelder in 1796. Because of its relatively simple and economical duplication process, lithography quickly gained adherents among both artists and commercial printers. Its discovery rapidly changed the way printed publications were published and distributed throughout Europe and around the world. Mastery of the technique opened up new potential in artistic printing, graphic reproduction, changed the aesthetics of book art, and stimulated the development of poster and advertising art.

The NLL’s graphic-print collection is one of the largest and most significant foreign print collections in Latvia. The exhibited works are part of a donation of over 10 000 items by the German art historian Peter Böttger, which the Library received in 2016.