The exhibition “The Golden Age of Etching” will be on view at the Art Museum RIGA BOURSE in Riga from August 3 to 30 November 2018. The exhibition will show the 17th Century Dutch etchings from the collection of Dutch graphic art of the Latvian National Museum of Art.

The collection of Dutch graphic art at the Latvian National Museum of Art formed in the 19th century and the early 20th century. It mostly consists of gifts to the city of Riga from the local Baltic German collectors. Only a small part is purchases. For example, in 1868, the Riga City Art Gallery (est. 1868) received a full set of Adriaen van Ostade’s works of graphic art from the local philanthropist, patron and bibliophile Reinhold Philipp Schilling (1819–1888). The second most significant addition to the collection took place in the early 20th century, more precisely in 1913, when the Riga City Museum of Art (est. 1905) for a comparatively modest sum acquired Rembrandt’s works of graphic art. 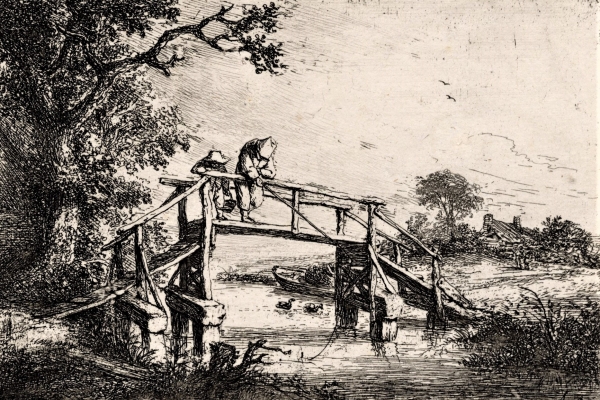 Forty works have been selected for the exhibition, giving an accurate insight into the collection’s nature. In terms of subjects, similar to the collection of painting, the landscape is dominant, being represented by such renowned names as Both, Swanevelt, Vaterloo. In the Netherlands during this period, equally popular was the local landscape with plains, polders, small bridges and the silhouettes of towns on the horizon, and an Italianising landscape with distant vistas, mountains, shepherd girls and their herds next to the rugged mountain brooks. The second most popular theme is genre scenes from the jovial peasant life, vividly represented in the works of Haarlem artist Ostade. A particular characteristic of the Riga collection is the large proportion of the representations of domestic animals.