The Healthy City. The Art of Survival throughout the Ages

The exhibition The Healthy City. The Art of Survival throughout the Ages opens in Centraal Museum Utrecht on Thursday 2 June 2022. With this exhibition, we celebrate the city’s 900th anniversary. Utrecht was the first large city in the Netherlands and for a long time it set the tone in terms of urban life, architecture and spatial planning. The Healthy City explores all that the people of Utrecht have done throughout the centuries to create and sustain a liveable city. As it turns out, the pursuit of a healthy life and environment is something of all ages. 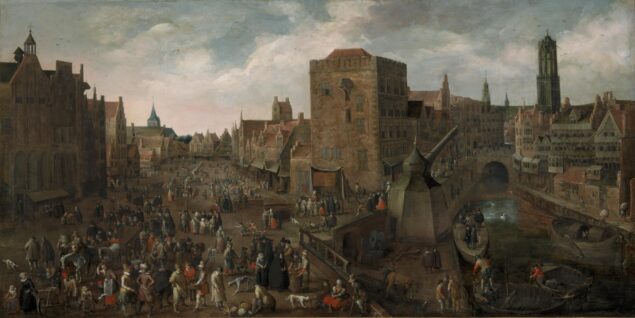 The exhibition boasts a number of top–notch pieces, for instance by Van Gogh, Jan Steen and Pieter Saenredam. Highlights from Centraal Museum’s own collection also feature in the exhibition, such as The Procuress by Gerard van Honthorst and The Kitchen Maid by Joachim Wtewael. Rembrandt’s The Standard Bearer will also be on display during the first month of The Healthy City.

The collaboration with and research by more than 15 scholars has yielded some surprising insights into the health of urban citizens and a healthy urban environment. For example, the medical doctrine expounded by the 2nd century Greek physician Galen of Pergamon, based on keeping a body in balance, was also applied to urban life for many centuries. It meant seeing the city as a body, requiring rest, circulation and fresh air as essential ingredients for health. 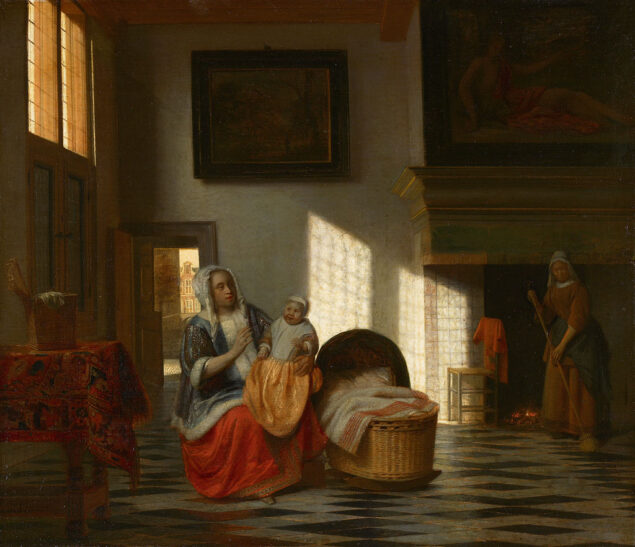 The Healthy City starts in the early Middle Ages (400), when Utrecht was still a village. Archaeological finds such as water wells and care products reveal that the people at the time were already concerned about health. People were relatively tall at the time, with 1.74 metres as the average height. This height was a sign of good health, and it would steadily decline over the ages, reaching a low point in the 19th century. It wasn’t until the mid–20th century that people reattained a similar height.

Utrecht was granted city rights in 1122. In this period, people believed in a proper balance between food, exercise and rest in order to remain healthy. The second exhibition room focuses on these various aspects of health, showing paintings and other works that address these themes. For instance, there is the wonderful late–medieval anonymous work The Birth of Mary from 1520, or the charming A Mother Delousing her Child’s Hair by Pieter de Hooch from 1660. Jan Steen, on the other hand, liked to take the doctors and patients of the time to task, as his paintings A Surgeon in his Workroom (1675) and The Tooth–Puller (1651) show. Other paintings include city views by Joost Cornelisz Droochsloot, Pieter Saenredam and Isaac Ouwater, where the empty and tidy streets stand out.

The average health declined steadily after 1500, partly due to the growing social disparity in the city. With dark colours on the walls and a large black hearse, the third room paints a grim picture of the early 19th century. It was a period where new diseases like cholera claimed countless victims. At the same time, pieces by Isaac Israëls, Bart van der Leck and Jan Sluyters depict the dawn of a new era, with improving health in many areas.