The canvas is a masterpiece from the Flemish artist’s late period and displays the characteristics of his style, particularly in the exceptional composition, the figures’ expressions and gestures, the exquisite Baroque dynamism and the striking narrative clarity. Rubens employs a colourful palette and free brushstrokes, clearly influenced by Titian. The painting preserves its original frame, which was crafted following the artist’s instructions. With respect to the iconography, the painter captures the moment when Aegeas, the proconsul of the Roman province of Achaia, imprisoned and crucified Saint Andrew after learning that much of the population of Achaia had converted to Christianity, including his own wife. During his martyrdom Andrew never stopped preaching and the crowd soon rebelled against Aegeas, who then tried to free him, but the saint refused. 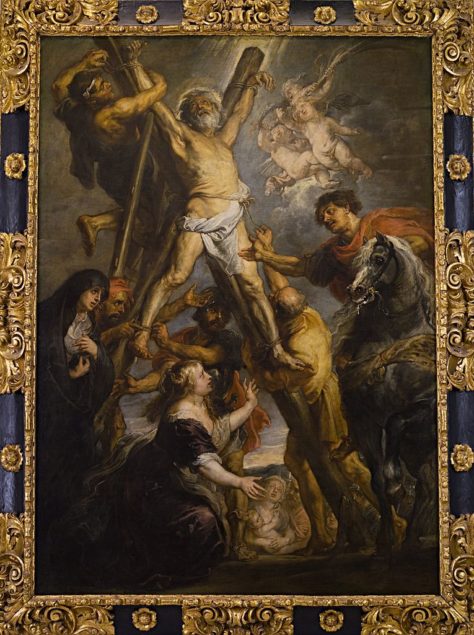