In a nod to “Ten billion years”, the Graphic Arts Department is presenting a display of iconography on the ages of life and the hours of day and night. Since ancient times, authors, doctors and philosophers have divided human life into several ages. This theme was very popular with artists, as shown by the works of Marten de Vos or those of Henry Moore, inspired by Shakespeare. Next come the allegories of day and night, including a series of gouaches of the twelve hours of day and night, allegories invented after works by Raphael and his circle to decorate Roman palaces during the Renaissance. They are set against allegories imagined by Ferdinand Hodler and Alfons Mucha. Finally, the exhibition looks at the variations in the representations of the four main moments of the day (morning, noon, afternoon, evening/night) in the seventeenth and eighteenth centuries, notably through the works of Charles Le Brun, Hendrick Goltzius, Nicolas Lancret and William Hogarth. 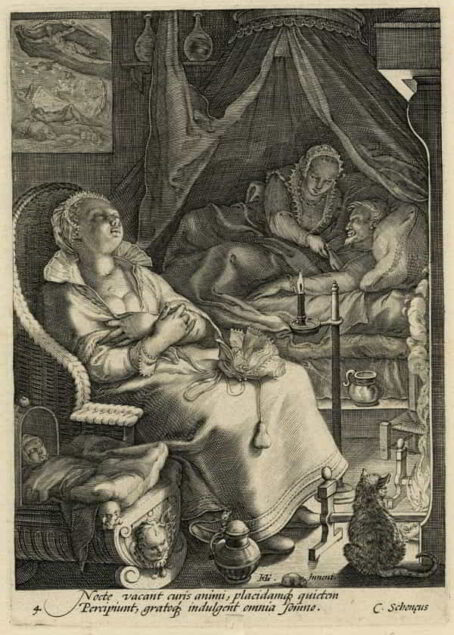