The central work in this presentation is the masterpiece ‘Triptych with the Seven Sacraments’, which has been on loan to M since 2009. It is a masterpiece of medieval painting by the Flemish Primitive Rogier van der Weyden (1399/1400–1464). In a ground-breaking composition, Van der Weyden depicts all seven sacraments clearly and distinctly. In 2009, M presented a major exhibition about Van der Weyden entitled The Master of Passions.

The seven sacraments once structured the entire lifecycle of the Catholic faithful. Each sacrament was the beginning of a new chapter, first on the journey to adulthood and later as a mature member of the faith community. Some sacraments may not be unknown to you: there is a good chance that you were baptized, confirmed or married in church. Perhaps you sometimes go to Mass, or you know people who attend regularly. Other sacraments are far less common today. Have you ever been to confession, for example? Or do you know what the anointing of the sick entails precisely? 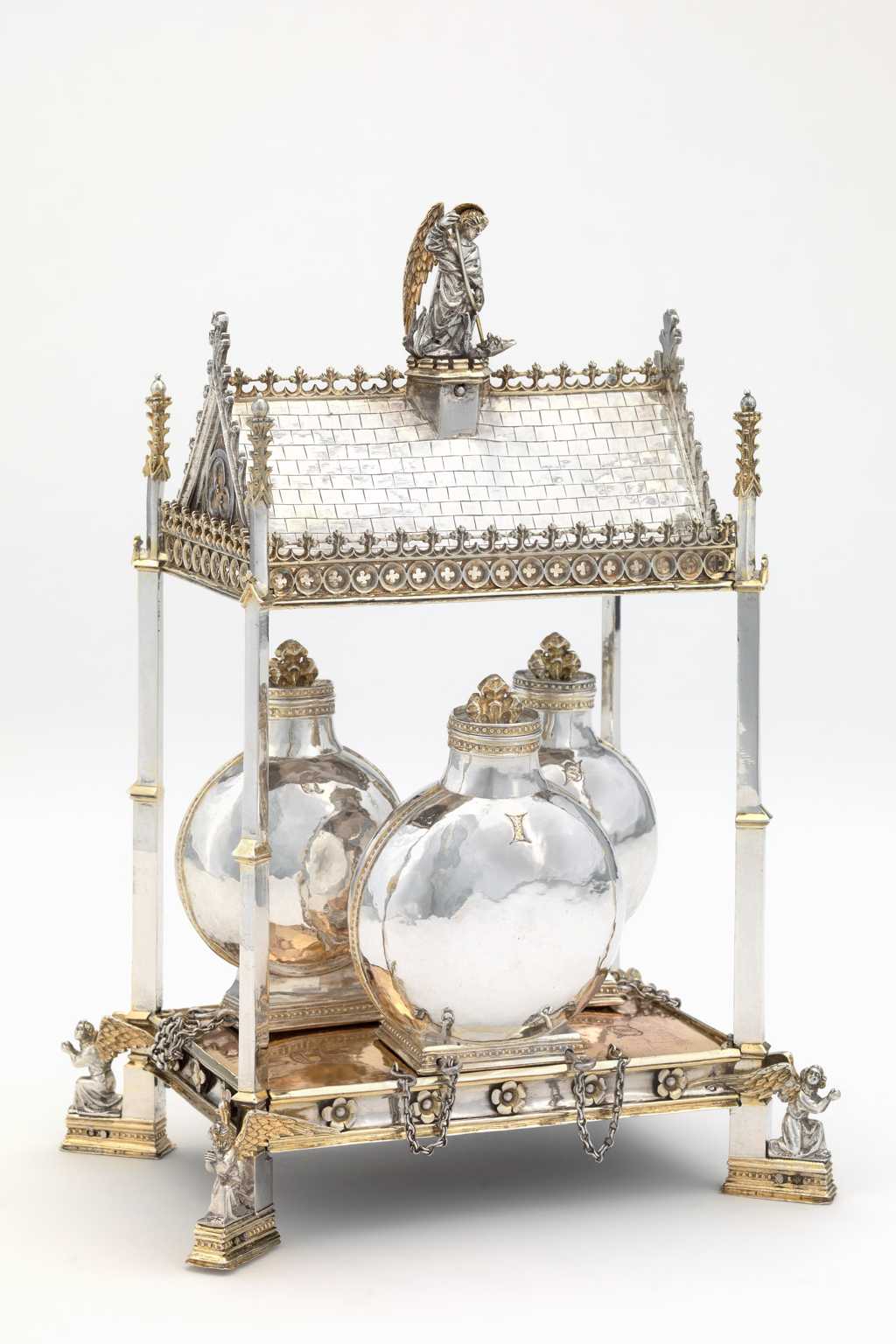 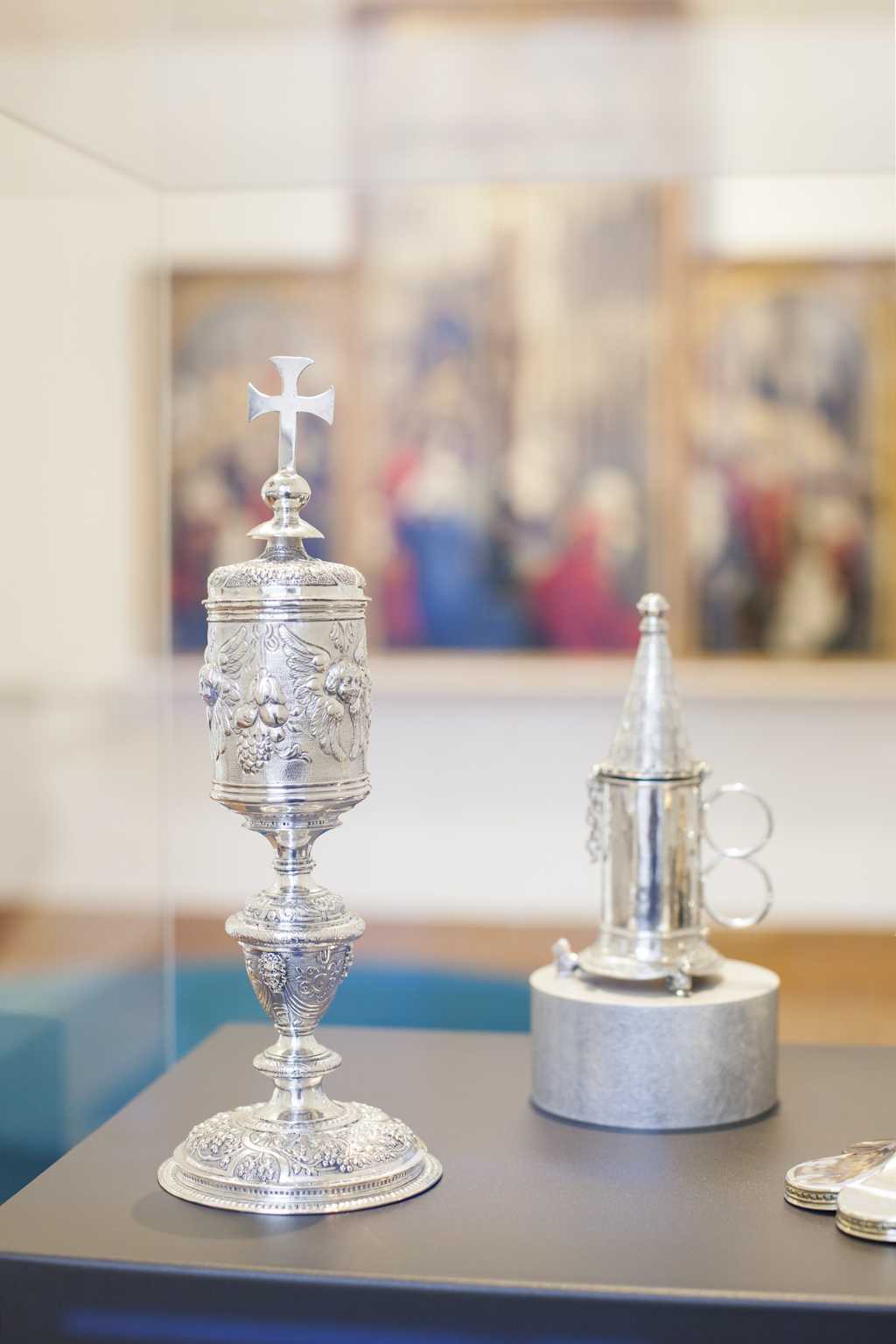 The administering of each sacrament entails certain ritual practices and accompanying liturgical objects. In this focus room, you can discover a number of rare artistic objects that date from the fifteenth to the eighteenth century and which were all used for rituals and customs associated with the seven sacraments. These include a number of masterpieces of late medieval metalwork that were made for important and historic religious sites in Leuven, such as the Church of Saint Michael and the Church of Saint John the Baptist. These pieces are now part of the collection at M.