This exhibition is dedicated to the extraordinary set of twelve silver-gilt standing cups known collectively as the Aldobrandini Tazze. The tazze are reunited and displayed together for the first time since the mid-nineteenth century, when the objects were disassembled and dispersed, their constituent parts misidentified and mismatched. The exhibition thus provides visitors with a rare opportunity to appreciate one of the finest and most enigmatic monuments of sixteenth-century goldsmiths’ work. Properly reassembled, the tazze bring to life the history of the first twelve Caesars, as recounted by the Roman historian Suetonius. Each stands over a foot high and is composed of a shallow footed dish surmounted by the figure of one of the Caesars; four scenes from Suetonius’s Life of the relevant ruler appear intricately wrought upon the concave interior of each dish. 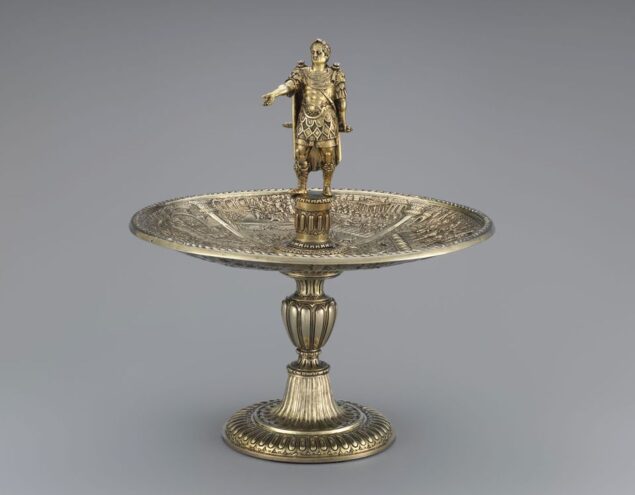 The Silver Caesars highlights the elegance and erudition of the tazze, presenting them together with a small selection of relevant works in silver as well as in other media—including both ancient and Renaissance coins and medals, and Renaissance prints, books, and paintings. The exhibition also addresses the set’s later history by presenting eighteenth- and nineteenth-century works that the tazze inspired. In addition to offering new insights into the tazze and their history, the exhibition also explores the set’s famously mysterious reputation—engaging the visitor in tracing clues that may lead to a better understanding of this Renaissance masterpiece. 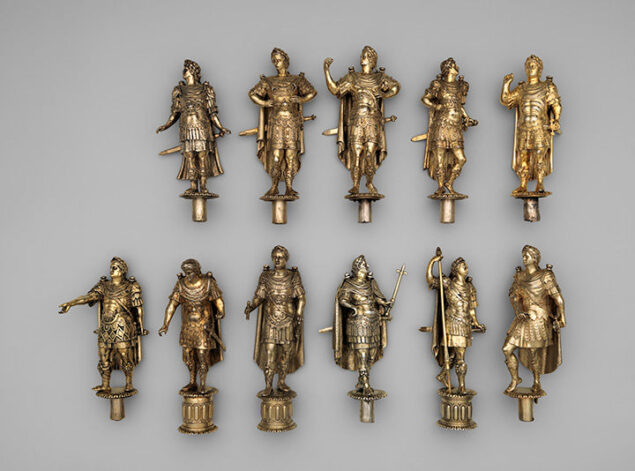