The Van de Veldes: Greenwich, Art and the Sea

The National Maritime Museum holds the largest collection of the Van de Veldes’ artwork in the world and is a longstanding center of Van de Velde expertise. This exhibition will celebrate these forgotten masters and their practice, marking 350 years since they arrived in England. It will also reveal how the family’s legacy as renowned émigré artists transformed British visual culture and inspired future generations of artists including J.M.W. Turner. The exhibition is held at the Queen’s House, the home of the studio granted to Willem van de Velde the Elder and his son, Willem van de Velde the Younger, by Charles II. 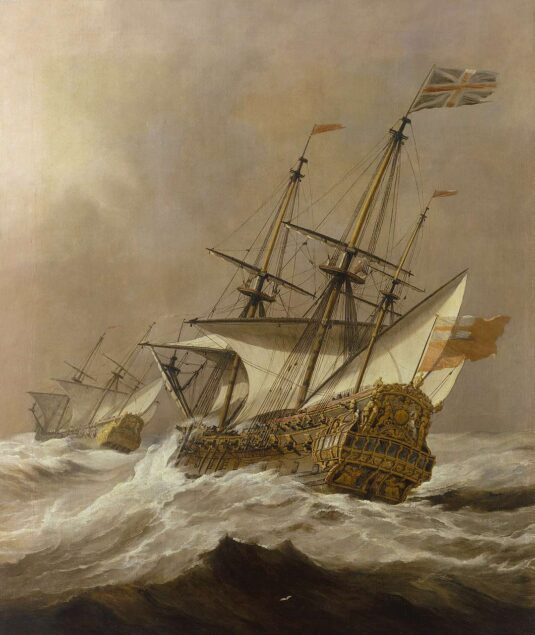 Following Het Rampjaar, or the Disaster Year of 1672, the Van de Veldes moved from the Netherlands to England at the invitation of Charles II, who awarded them a salary equivalent to that of his ‘Principal Painter’, Sir Peter Lely, and a studio at the Queen’s House. Together, they became the founders of the English school of marine painting.

Willem van de Velde the Elder was a self-taught draughtsman who pioneered the technique of ‘pen painting’, allowing him to capture a ship’s likeness or a naval battle in astonishing detail. He was also a war journalist, who went out to sea to sketch ships and record naval actions, witnessing historical events including the Battle of Solebay, the last naval battle James, Duke of York (later James II) engaged in.

Willem van de Velde the Younger worked in oils, often using his father’s extraordinarily detailed drawings as source material. He trained with Simon de Vlieger and collaborated closely with his father, creating more dramatic, atmospheric paintings, particularly the stormscapes that appealed to an English market. These works would establish his reputation as one of the leading marine painters of the seventeenth century and reportedly led Turner to say, ‘this made me a painter’.

From their Queen’s House studio, their home for twenty years, the Van de Veldes revolutionized marine painting in Britain and established a genre that persists today. By looking closely at the techniques and materials the father and son team employed, as well as the physical environment in which they worked, this exhibition will explain not only why they were two of the most esteemed artists, but also how.

It will also include eye-witness depictions of dramatic naval battles and momentous historical events. Both artists witnessed Charles II traveling to Scheveningen, en route to England for the Restoration in 1660, and both depicted William of Orange departing England with his bride, Mary Stuart (later William III and Mary II) in December 1677.

One of the most important objects in the exhibition will be the newly conserved painting, A Royal Visit to the Fleet. It was worked on in their studio at the Queen’s House in the 1670s and, at almost four metres across, was the largest seascape Van de Velde the Younger had painted to date. The scale of the painting coupled with a low viewpoint lends it a dramatic, panoramic quality. Following two years of conservation, this commanding painting shows why the legacy of the Van de Veldes helped define English marine painting for the next two hundred years. 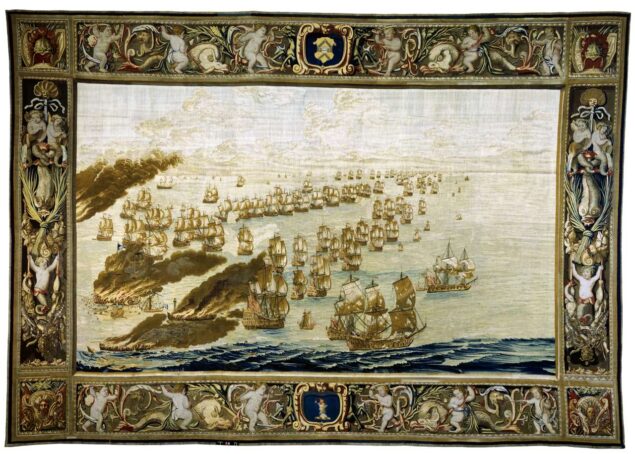 Also returning to display in this exhibition will be The Burning of the Royal James at the Battle of Solebay, 28 May 1672, otherwise known as ‘The Solebay Tapestry’. Originally part of a set of six, it is the only Solebay Tapestry in the collection at the Queen’s House, where the original cartoons were first designed by Van de Velde the Elder. In February 2022, Royal Museums Greenwich partnered with the Art Fund to crowdfund £15,000 to save the Solebay Tapestry. The campaign broke records, reaching its target in a single day. This monumental tapestry has been saved from further deterioration and is able to return to display for the first time in over twenty years.

Displayed alongside these monumental works will be a selection of the 1400 drawings from the National Maritime Museum’s collection. These drawings, astonishing works of art also reveal how the Van de Veldes prepared larger pieces, traded with other artists and taught the next generation. Thanks to a grant awarded through the Getty Foundation’s Paper Project initiative, all 1400 drawings have been digitized and will be available in an accompanying online web feature.

The exhibition is curated by Allison Goudie, Art Curator at Royal Museums Greenwich.

Information from the press release, 8 December 2022