The MSK is organizing the first ever monographic exhibition of works by the baroque master Theodoor Rombouts (1597-1637). The museum will bring paintings from around the world to Ghent, where their joyful scenes and monumental compositions will come to life along a special route through the galleries.

Young Rombouts left his native Antwerp for Italy in the early seventeenth century. Once there, he found inspiration in the works of the revolutionary artist Michelangelo Merisi da Caravaggio (1571-1610) and his successor Bartolomeo Manfredi (1582-1622). After returning to Antwerp, Rombouts developed an artistic identity that was entirely his own, achieving a sublime harmony between northern and southern styles of painting and forged a solid reputation in the Antwerp art world. The standout elements of Rombouts’ varied oeuvre are his huge, lively and sometimes moral-heavy genre scenes, with their merry, elegant groups of musicians and other figures. His neatly arranged compositions are often bathed in the mingled light and shadow that was so typical of southern painting, and infused with Rombouts’ signature vibrant colour palette. The particular refinement with which he depicted objects and textiles was unique in his era. 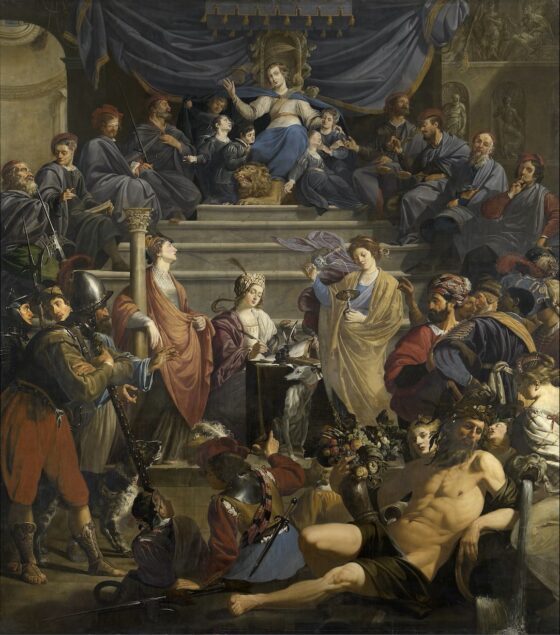 Both the exhibition and the accompanying catalogue will illuminate Rombouts’ triumphant career and re-establish his name as a leading Flemish Caravaggist and a major figure in genre painting.