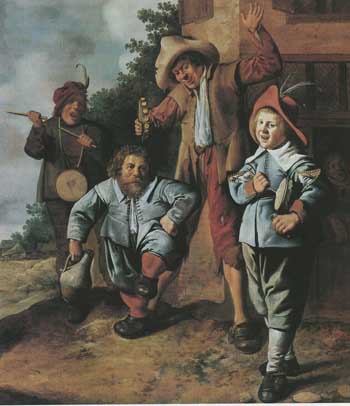 The seventeenth century art business was made up of efficiently organized studios often producing whenever commissioned to do so. Owning paintings was granted to large sections of the population. Almost everybody possessed one or more paintings, comparable to the photographs and posters we all have in our homes nowadays. Collecting paintings was very popular and with the rise of a strong middle class within society, mass production of art came into being.

A new perspective on the Golden Age

At home in the Golden Age deals with the realization of a painting, trade in paintings and the meaning of art in general in the seventeenth century. On display are the beloved genres and favorite themes from those days, from delightful tableaux to admonishing representations, from sober landscapes to stately portraits.