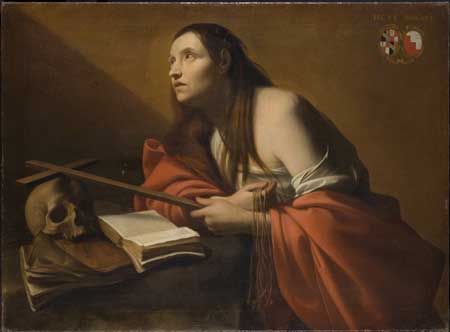 For the first time an exhibition is being dedicated to Ulrich Loth (before
1599-1662), thus providing a long overdue opportunity to rediscover one of
Munich’s leading painters of the 17th century.

The Alte Pinakothek is presenting the full range of Ulrich Loth’s oeuvre and
inviting visitors to acquaint themselves with this unjustifiably forgotten
master of early Baroque painting in Germany.

Ulrich Loth was one of Peter Candid’s pupils and became painter to the court
of Elector Maximilian I. of Bavaria. To complete his training as an artist
he spent four years in Italy. From there, Ulrich Loth returned in 1623 as
Germany’s first successor to Caravaggio and determined the new direction of
painting at the Munich court, which up till then had been shaped by
Mannerism.

Despite the difficult times during the Thirty Years War Loth remained very
active. After quitting court service in 1629, he was able to work both for
the court and on the »free market«. This way he received numerous
commissions to produce altarpieces demonstrating the new orientation of his
painting: the high Baroque style of Peter Paul Rubens, on which he modelled
his works to the very last.

Among the highlights of the exhibition at the Alte Pinakothek is the
four-panelled »Isaac Cycle« that was originally created before 1637 for the
Schleißheim Old Palace (Altes Schloss Schleißheim) and is now re-assembled
for the first time in 200 years: At the beginning of the 19th century two of
the panels were removed from Munich by Napoleonic troops and taken to
France, from where they were not handed back. Both these works are now
returning from Nancy and Mainz to the Alte Pinakothek on temporary loan.

Equally impressive is the presentation of six large-format altarpieces,
among them Loth’s magnificent principal work, the Adoration of the Magi
from Munich’s Frauenkirche, and the Death of Mary from the Mariendom in
Freising, which is painted in the style of Caravaggio.

Newly discovered archive material reveals how artists lived in 17th century
Munich. Thus it provides an important contribution to research into the area
of 17th century German painting, which has been little considered up to now.
The catalogue accompanying the exhibition gives detailed explanations of
Loths works and includes comprehensive inventory listings. On the 850th
anniversary of the founding of Loth’s home city Munich, the exhibition is
reaching out to the town centre, where visitors can discover further works
by the painter in the churches St. Peter, Heilig Geist and the Frauenkirche.

The exhibition, catalogue and associated programme have been arranged in
collaboration with the Institute of Art History at Munich’s Ludwig
Maximilian University as part of the PhD course on »Museum and Exhibition
Studies«.