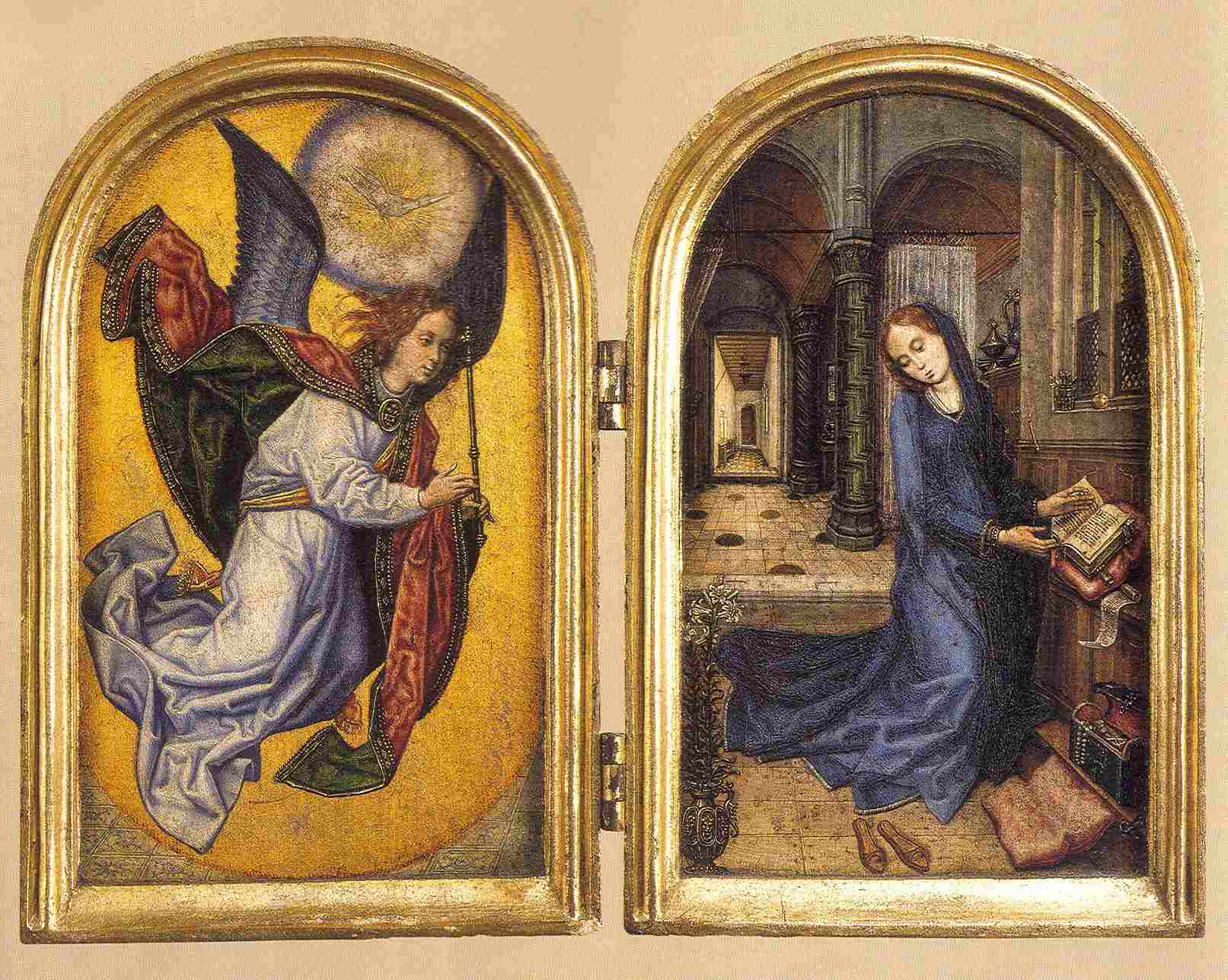 Master of 1499, Diptych with the angel Gabriel and the Virgin
Berlin, Gemäldegalerie

From the website of the National Gallery of Art, Washington

This exhibition, the first devoted to the subject, will bring together more than 40 Netherlandish diptychs consisting of over 80 15th- and 16th-century paintings from museums and private collections in Europe and the United States. The diptych format — essentially two hinged panels that can be opened and closed like a book — allowed for a great variety of subject matter. The exhibition will reunite paintings now owned by different institutions, such as Rogier van der Weyden’s portrait of Philippe de Croy, to be reunited with his Madonna and Child (c. 1460), and Michael Sittow’s portrait of Diego de Guevara (?) brought together with a Virgin and Child (c. 1515/1518). Both pairs are examples of a popular type of diptych which showed a donor portrayed in one painting praying to the Madonna and Child, pictured on the other panel.

Diptychs were often of small size and used for private devotion. Included is an important example by Hans Memling that influenced Raphael, a diptych that pairs Saint Veronica with Saint John the Baptist (c.1470/1475). The exhibition will examine diptychs in the context of contemporaneous texts and religious practices in northern Europe, including the popular movement called the Modern Devotion (Devotio Moderna). In addition, many of the diptychs have been subject to extensive technical examinations that shed light on painting techniques, workshop practice, and the art market in the Netherlands.