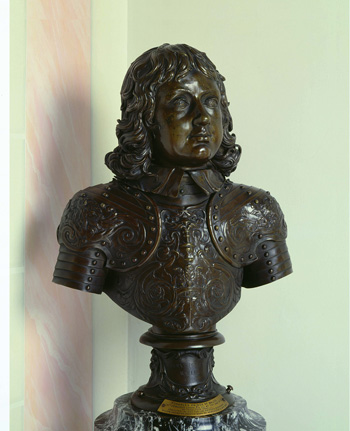 William Cavendish, 1st Duke of Newcastle (1593-1676) was a writer, a poet and patron, an expert in horsemanship and the use of arms, but also a man actively interested in architecture, science, and music. During the Civil War Cavendish was the commander of the royal armies in the north until his defeat at the battle of Marston Moor, following which he withdrew to the Continent. With his second wife, Margaret, the Duke lodged for the greater part of his exile in the Rubenshuis, as it is now called. Here in 1658 he published La Méthode et Invention Nouvelle de Dresser les Chevaux, the richly illustrated volume was to have a significant impact on the subsequent practice of horsemanship.

As well as the chance to see major paintings by Van Dyck and Peter Lely, the exhibition reflects the Cavendishes’ extraordinarily wide interests, and brings together many previously unseen items from English private collections, including memorabilia of the executed King Charles I, miniatures, jewellery, and sculpture. It offers a unique recreation of a fascinating episode in the cultural history of both Antwerp and England and explores how these royalist refugees survived exile by creating a new home for themselves in Rubens’s former house.