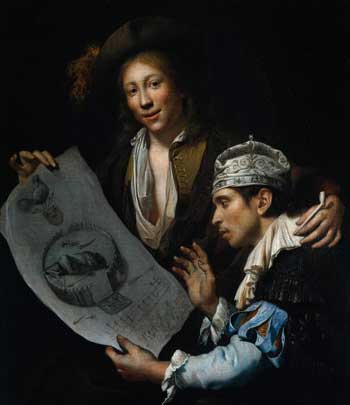 During the whole of 2007, contemporary arts centre de Appel in Amsterdam will produce and present ‘Situations’, consisting of a series of ‘performances’ given at regular intervals by a variety of performers – ranging from visual artists to choreographers and writers – who will examine the notion of the ‘live moment’. These productions are loosely bound by an all-encompassing interpretative framework – the notion of ‘re-mythology’. This means essentially that the participating artists re-interpret ‘classical’ cultural codes and stories, old and modern archetypes and icons, and re-experience symbols and ancient tales. They take elements from existing artistic traditions of both East and West and blend them with contemporary forms of ‘global’ popular entertainment, cementing the whole with personal obsessions and recollections. In this way they create an individual idiom and a system of meanings that functions as a kind of contemporary ‘private mythology’ – in the sense of the ‘Individuelle Mythologieen’ as defined by the Swiss curator Harald Szeemann. These individual mythologies, essentially a contradiction in terms, are at once hyperpersonal and universally understandable. After all, myths are – according to the author Karen Amstrong – timeless tales that reflect our hopes, fears and desires, reminding us of what it means to be human.

On 26 and 27 January the LA-based performance collective My Barbarian” (Malik Gaines, Jade Gordon, Alex Segade, Andy Ouchi) will close a weeklong programme with a performance of Voyage of the White Widow, a site-specific spectacle developed for de Appel. The event is organised in collaboration with Something RAW (with De Brakke Grond and theatre Frascati), the international Dance and Performance Festival in Amsterdam.

Since its founding in 2000, the exuberant group My Barbarian has created a furore, presenting unusual shows with a high camp and rock content. Drawing upon the canon of Western culture and history, they explore the meaning and aesthetics of contemporary mass culture. Their cabaretesque performances are an unusual combination of song, music and dance, referring in a wild and promiscuous way not only to such sources as the musical ‘Jesus Christ Superstar’, the television series ‘Fame’, Tarot cards, Canadian animated cartoons and Japanese Cosplayers, but also to the legend of King Arthur, the writings of Jean Genet, ancient Dyonisiac rituals and Lewis Caroll’s masterpiece ‘Alice in Wonderland’. The group itself calls the genre they practise ‘showcore’. Showcore can be described as a style of song-writing and performance that emphasises theatricality. It is a kind of do-it-yourself Broadway musical, in which the performers experiment freely with tunes and lyrics derived from medieval madrigals, punk, psychedelic soul, tropicalia, Kate Bush, Cole Porter and much, much more.

Voyage of the White Widow may be interpreted as a ‘play’ of the kind described by the Dutch historian Johan Huizinga in his influential publication Homo Ludens (1938). A number of ‘sailor personages’, the crew of a nameless ship, express through play-acting and song their attitude towards a patchwork of historical events. They refer both to the Dutch Year of Catastrophe (1672) and to what My Barbarian calls the recent ‘Catastrophic Years’ in the United States. In this way the troupe seeks to de- and remythologise the consequences of European colonial expansion, economic phenomena such as the trade in marihuana, ecological disasters past and present, such processes as immigration and tourism, and the value, both artistic and monetary, of Dutch art of the Golden Age. Against a backdrop featuring Jan van Wijckersloot’s Allegory of the French Invasion of the Netherlands in 1672 (1672) and Willem van de Velde’s Gust of Wind (1650) – from the collection of the Rijksmuseum – the performers present themselves as ‘fools’, facetiously commenting on numerous historical and present-day trends and events.