The Greengrocer belonged in the nineteenth century to the collection of baron Auguste Charles Delbeke (1853-1921) in Antwerp. Delbeke lived in a spectacular city-palace which is known today as the Delbekehuis. In the seventeenth century it was the home of  Suzanna Fourment (Rubens’s sister in law) and it is situated in the Keizerstraat at a stone’s throw of the Keizerskapel. The presented panel resurfaced only recently and is now temporarily returning to its ‘roots’ in the Keizerstraat. 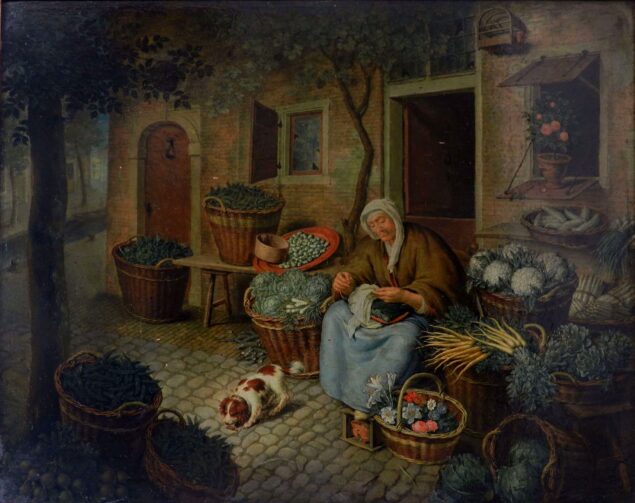 Although bearing the signature of Willem van Mieris (1662-1747) and dated 1735, the painting is also considered to be by his son, Frans II van Mieris (1689-1763). Thus starting an interesting discussion as to its origins. The painting certainly possesses all the qualities of the Leiden-school, home to the famous fijnschilders, and would certainly be an addition to the catalogue of Frans II if not by Willem van Mieris

Information from the curator, 3 October 2022