The Zuider Zee has seen quite a few severe winters, also in later days after it was renamed IJsselmeer. Winters when windows were covered with frostwork, when skates took the place of shoes and work was rendered difficult by drifting ice. Winters when the ice was so thick that festivities, fairs and weddings were organized on it. And there were years when the entire surface was frozen over. The last time this happened was in 1963, the year with the most severe winter in the Netherlands in the last century. Houses nearly collapsed under a thick blanket of snow and cars made pleasure trips across the frozen IJsselmeer. 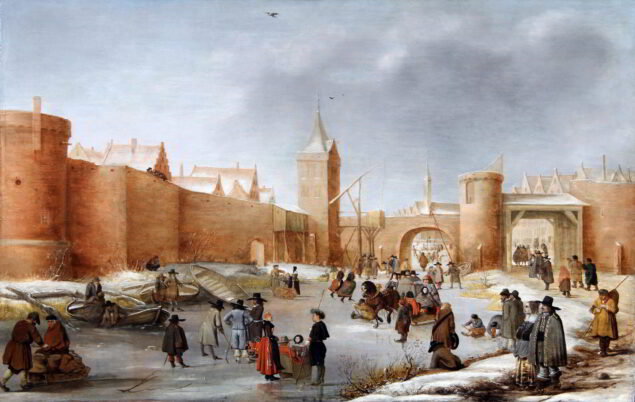 In this exhibition you can experience the harsh winters of the past. Learn about the hardships endured by the people living on the inland sea, but also about the fun the ice afforded. Today’s winters, however, are not nearly as cold in this country. Meteorologists expect that severe winters will become increasingly rare because of global warming – if they will come back at all.