Preparations for the renovation of the Amsterdam Museum are in full swing. At the end of last year, the city council approved the investment in the renovation. After lengthy preparations, the designs were formally submitted to the Spatial Quality Committee. This is a joint project by the city, which owns the building, and the Amsterdam Museum, which rents it. The renovation is intended to turn the existing historic monument into a future-proof city museum. 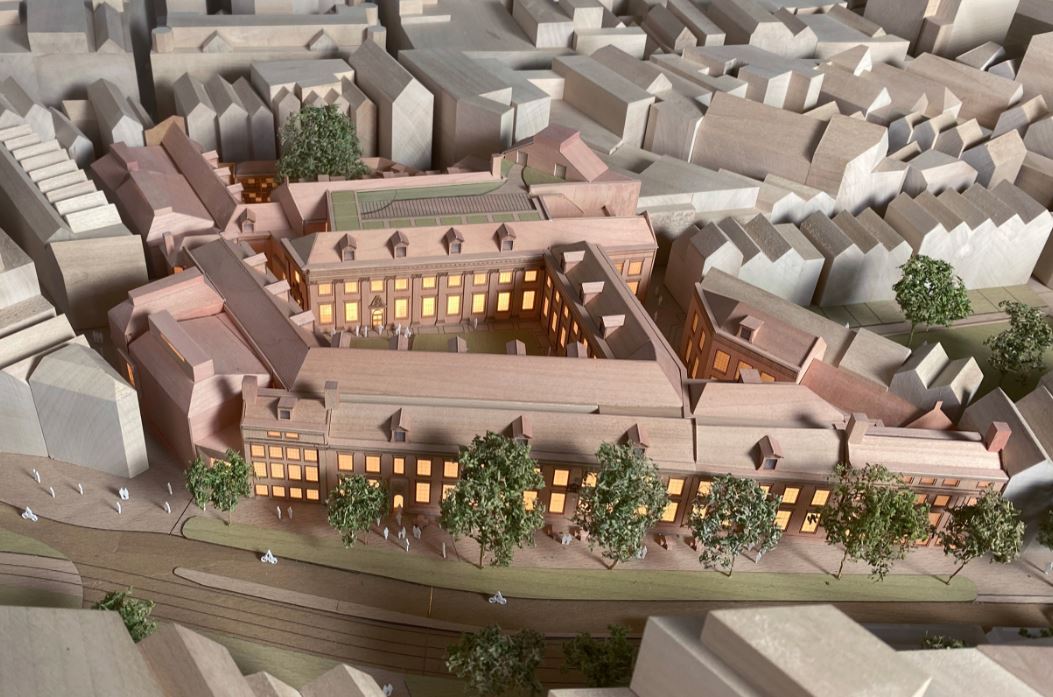 The new museum will be a public-friendly place where visitors and residents can get to know Amsterdam, and closely connected to the neighborhood and the city as a whole. The changes will be most noticeable in the building itself.

The museum has been housed in the former civic orphanage on Kalverstraat since 1975. Its rich history and city-center location make it the ideal location for the museum, but it was never built as a museum, and its limitations prevent twenty-first-century visitors from appreciating it to the full. Its differences in level make it poorly accessible for people with physical disabilities, and the limited space renders it impossible to display the whole collection. Many large-scale masterpieces are now housed in other places, such as at Hermitage Amsterdam, or remain in storage. The museum also requires substantial modernization in terms of daylight, climate, and sustainability.

The new museum will be more recognizable and accessible to all visitors. The ground floor facing the courtyards and the Nieuwezijds Voorburgwal will accommodate public areas such as a restaurant, an auditorium, and education facilities. The windows and doors, which are now often shuttered, will be opened again. The design is based on a thorough analysis of the building’s history. Like a number of other similar institutions in Amsterdam, it was built as a series of houses surrounding courtyards and accessed by a gate, like a village within a city. This structure is still recognizable today, and will be preserved and reinforced by the new design. The new main entrance will be in the middle of the complex, so that all visitors enter through one of the gates and discover the courtyards before entering the building. The new additions will be fully integrated into the historical structure, with pitched roofs to blend in with the existing ones. 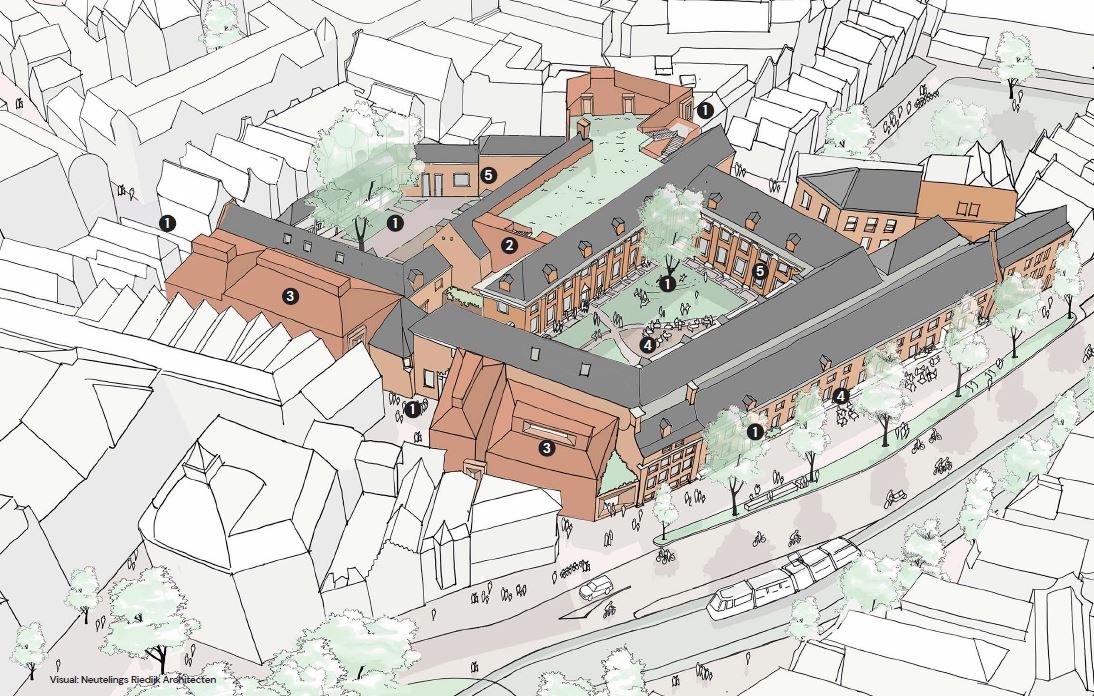 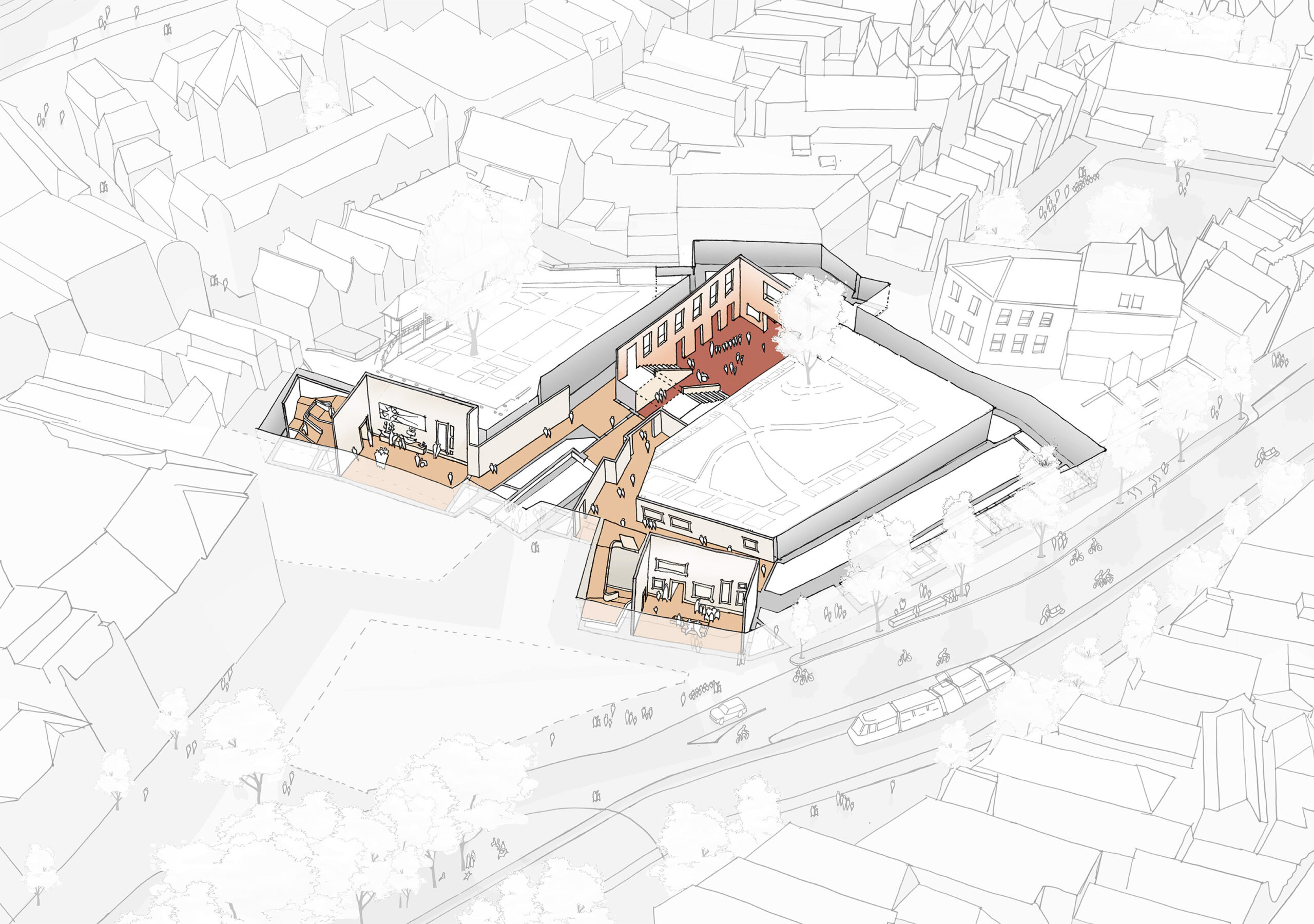 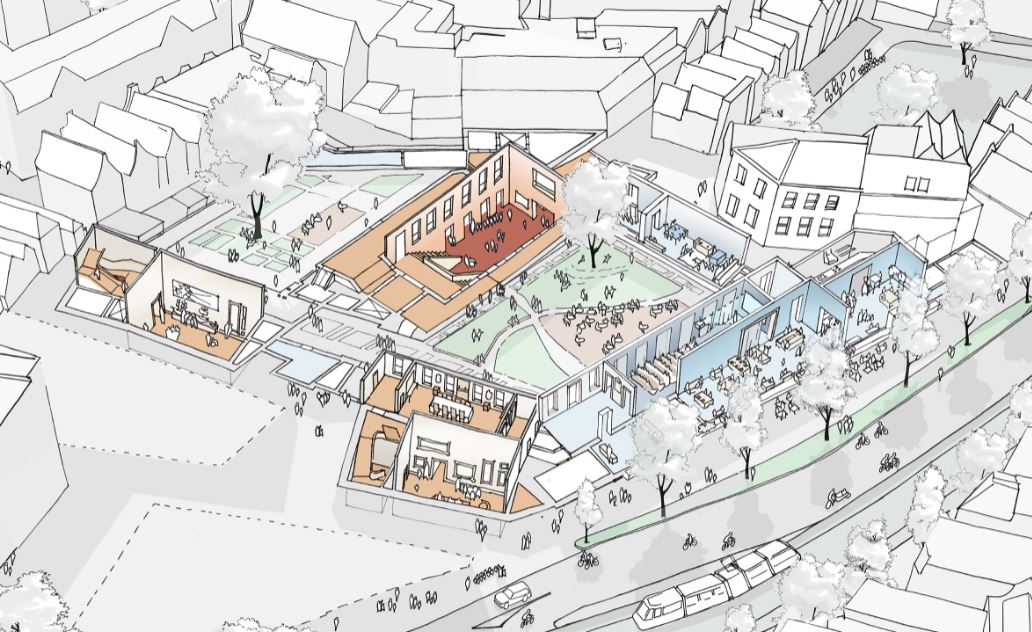 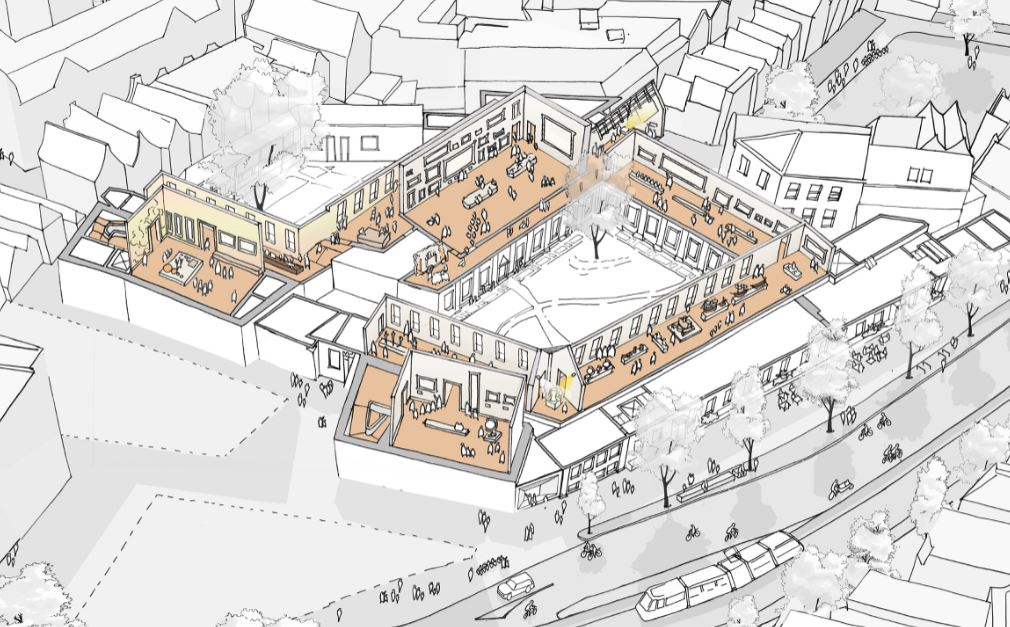 The Stadshal, the new public entrance hall, will form the heart of the museum. This double-height space, with its grand staircase, will house visitor facilities such as a cloakroom, toilets, shop, café, information desk, and ticket office. As in the current museum, the Stadshal will be freely accessible to the public without a ticket. It will also provide access to the oldest part of the building, the “Gewelf’ (underground vault), and will serve as the start and finish of the route through the new museum.

The Amsterdam Museum manages the city’s collection of around 100,000 very diverse objects of all shapes and sizes and every period of the city’s history, ranging range from arts and crafts to everyday utensils. Some works, such as the seventeenth-century group portraits, are too large to display in the current building. The design therefore provides for five new rooms, created by building additions in three places, like new houses in the historical structure, but invisible from the courtyards. These will enable the old rooms to retain their historical character, so the route through the museum will be an alternation of old and new, and there will be plenty of space to tell the stories of the city’s past, present and future.

The planning application process has already begun. The Kalverstraat location will close in March 2022, but the collection will be on display in the Amsterdam Museum wing of Hermitage Amsterdam and elsewhere, and we will continue to hold temporary presentations and other public activities with our partners at various locations in the city. The new building, designed by Neutelings Riedijk Architects. is expected to open in 2025, to mark the city’s 750th anniversary.

More information about the renovation can be found on the newly launched website hetnieuweamsterdammuseum.nl (Dutch only).