According to several Dutch newspapers today the Groninger Museum will announce its new director: Andreas Blühm. He succeeds Kees van Twist who resigned several months ago after it became clear that the museum is in severe financial trouble.

Blühm was the director of the Wallraf-Richartz-Museum in Cologne until now. He worked in the Netherlands before as head of presentation in the Van Gogh Museum from 1993 to 2005.

Well over a century old, the Groninger Museum has managed to build an extensive and extremely varied collection. A major part of the collection has to do with the history and culture of the city and province of Groningen. This includes many archaeological finds, portraits of prominent Groningers from past centuries and beautiful examples of regional arts & crafts and applied arts, such as Groningen silver. A great deal of Oriental ceramics, imported from the seventeenth century onwards, survived in the northern Netherlands.
The Groninger Museum Collection also includes a wonderful portfolio of seventeenth-century drawings presented to the Museum by the art historian Cornelis Hofstede de Groot. 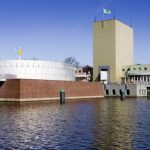 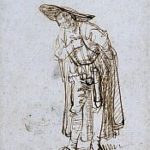