Ann Demeester will become director of the Frans Hals Museum | De Hallen Haarlem as of 1 February 2014. The Supervisory Board of both museums is particularly delighted with the appointment. ‘It was not easy to find someone to replace Karel Schampers, who has successfully run the two for thirteen years,’ says chairman Joep Brentjens. ‘Ann Demeester has the experience, the vision and the enthusiasm that this job calls for.’

From the museum’s press release, 27 September 2013

Ann Demeester is currently general manager of De Appel Arts Centre, the international institution for contemporary art in Amsterdam. Since her arrival in 2006, De Appel has become a leading international centre offering two professional development programmes, the Curatorial Programme and the Gallerist Programme. The arts centre was successfully reopened in a new building in 2012.
From 2003 to 2006 she ran W 139, the contemporary art exhibition space in Amsterdam. Before that she was a curator and assistant to Jan Hoet at MARTa Herford, the museum for contemporary art in Herford, Germany, and worked as assistant curator at SMAK, the Stedelijk Museum voor Actuele Kunst, in Ghent. Ann Demeester studied Literature and Linguistics (Germanic Philology) at Ghent University.

Ann Demeester has also held many additional positions. In 2009, for example, she was appointed manager of Art and Urban Development for Amsterdam City Council. In the same year she curated the Baltic Triennial in Vilnius and in 2003 she was co-curator of the Tirana Biennale. Among other things she is also a columnist for Volkskrant Magazine, a member of the board of Kunsten 92, the lobby for art, culture and heritage in the Netherlands, a visiting lecturer at the University of Amsterdam and co-presenter of the AVRO television programme 4Art.

The present director Karel Schampers sees Ann Demeester as an eminently suitable successor. ‘Ann’s area of expertise is contemporary art, but she has a wide range of interests. I think that she will be more than capable of combining old and new art as the museum has done for years─but in her own way, with a new approach.’ 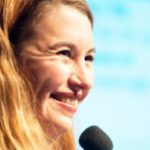