The invaluable Bibliotheca Philosophica Hermetica (Ritman library) in Amsterdam has been closed since 12 November due to a conflict with the Friesland Bank. The collection is now threatened with dissolution. The Center for History of Hermetic Philosophy of the University of Amsterdam has started a petition aiming to “ask the Dutch government and the Friesland bank to do their utmost to ensure that the collection will be saved and will remain available for the international scholarly community.” You can sign the petition here.

It is widely known that the Bibliotheca Philosophica Hermetica in Amsterdam, founded by J.R. Ritman, was in great danger in the 1990s, when the ING bank took possession of the collection and threatened to sell it. Fortunately, the Dutch government intervened: the BPH was put on the list of protected Dutch heritage, and the State eventually acquired over 40% of it. The books remained at the same physical location, integrated with the rest of the collection, and the government would eventually acquire all of it. As part of this process, there were great plans for further expansion. Largely due to the financial crisis and a change of government this was taking somewhat longer than originally anticipated, but nobody doubted that the library was safe.

Last week this turned out to be incorrect. An extremely valuable medieval manuscript owned by the BPH (The Grail of Rochefoucauld) was put on sale at Sotheby’s, and this triggered a reaction from the Friesland Bank, which took possession of the library, that had apparently been brought in as collateral, in order to get back a 15 million euro loan from mr Ritman. At present the BPH is closed, and intense negotiations are going on behind closed doors. It is impossible at this moment to predict the outcome, but there is no doubt that the situation is extremely serious. There is a very real possibility that the Friesland bank will try to sell at least the ca. 60% of the library that is still owned by mr Ritman, and nobody knows what implications this will have for the rest of the collection and the BPH as a whole, including its staff. The brand-new government of the Netherlands has announced a program of radical financial cuts in the culture section and elsewhere, which makes a renewed intervention from that side highly unlikely.

If the Ritman library would go down, this would mean an enormous blow to international scholarship in hermetic studies. The damage would be irreversible. By signing this petition you express your concern, and ask the Dutch government and the Friesland bank to do their utmost to ensure that the collection will be saved and will remain available for the international scholarly community. 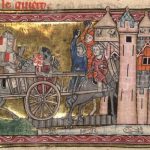