Christian Tico Seifert (CODART associate, soon to be full member) is appointed Senior Curator Early Netherlandish, Dutch and Flemish Art at the National Gallery of Scotland in Edinburgh. He succeeds Emilie Gordenker, new director of the Maurithuis, and will join the curatorial team at the National Gallery on 6 May 2008. He will also be responsible for the collection of German art. 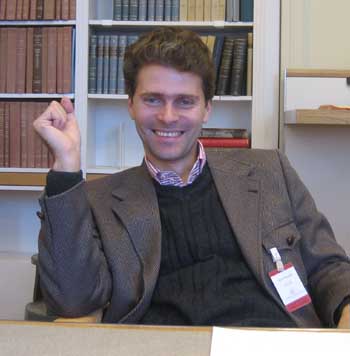 Christian Tico Seifert studied at the Kunsthistorisches Institut of the Freie Universität Berlin where he is currently employed as a Research Associate. He is founder of the "Niederländisches Forum" at Kunsthistorisches Institut. In 2006 he organized the International Rembrandt Symposium in Berlin in collaboration with Gemäldegalerie and Kupferstichkabinett of Staatliche Museen zu Berlin. He has published on German, Dutch and Flemish art and contributed to the catalogue of the award-winning exhibition of Adam Elsheimer shown in Frankfurt, London and Edinburgh in 2006.