The Cleveland Museum of Art (CMA) has announced the appointment of Marjorie E. (Betsy) Wieseman as the Paul J. and Edith Ingalls Vignos Jr. Curator of European Paintings and Sculpture, 1500–1800. The museum’s collection of Old Master European paintings and sculpture is of international importance, ranging from works created in the early years of the Renaissance through the Rococo period. Wieseman’s appointment follows an international search. She will assume her responsibilities at the CMA sometime this spring.

The collections for which Wieseman will be responsible span three hundred years of artistic production throughout Europe, and encompass paintings on panel and canvas and sculpture in wood, terracotta, bronze and marble. Areas of particular strength are the museum’s Italian and Spanish Baroque paintings and German and Austrian Baroque sculpture. The collection also has a number of internationally significant Italian Renaissance paintings and French and Flemish paintings of the 16th and 17th centuries. The museum’s holdings of portrait miniatures are among the most outstanding in the world.

Wieseman brings more than twenty-five years of curatorial work and museum experience to the CMA. She has been Curator of Dutch Paintings, 1600–1800, at the National Gallery, London, since 2006; 17th- and 18th-century Flemish paintings were added to her purview in 2012. At the National Gallery she curated and co-curated acclaimed exhibitions such as Dutch Flowers (2016); Rembrandt: The Late Works (2014–15); Vermeer and Music: The Art of Love and Leisure (2013); Close Examinations: Fakes, Mistakes, and Discoveries (2010); and Dutch Portraits: The Age of Rembrandt and Frans Hals (2007). Also, while at the National Gallery, she curated an exhibition at the Fitzwilliam Museum, Cambridge: Vermeer’s Women: Secrets and Silence (2011–12).

Before moving to London, Wieseman held curatorial positions in two Ohio museums. As Curator of European Paintings and Sculpture at the Cincinnati Art Museum, she curated a wide variety of exhibitions including Perfect Likeness: European and American Portrait Miniatures from the Cincinnati Art Museum (2006); Drawn by the Brush: Oil Sketches by Peter Paul Rubens (Bruce Museum of Arts and Science, Berkeley Art Museum/Pacific Film Archive, and Cincinnati Art Museum, 2004); and A Brush with Nature: The Gere Collection of Landscape Oil Sketches (2003). As Curator of Western Art before 1850 at the Allen Memorial Art Museum, Oberlin College, she spearheaded projects that focused on her area of specialization—17th-century Dutch painting—as well as working on exhibitions that featured (among other topics) American landscapes, German Expressionist paintings, and portrait miniatures. 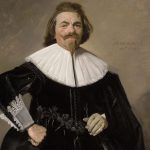