Voter in Detroit yesterday voted in favour of the Detroit Institute of Arts on Tuesday, with a millage intended to keep the doors of the museum open. The tax will support the DIA with an estimated $23 million a year, which allows DIA to stay open fully and start building an endowment. In return all citizens of the Detroit Metropolitan area receive free admission to the museum.

Director Graham Beal said the millage was the second step in a three-step plan for the museum: “The first step was to build a DIA that people cared about. The second step was securing this millage so that we would have the financial security we haven’t had for 40 years,” he said. “The next step is to build an endowment that will mean this museum is not being tax supported and is fully independent.” 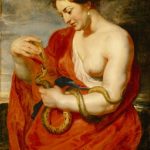