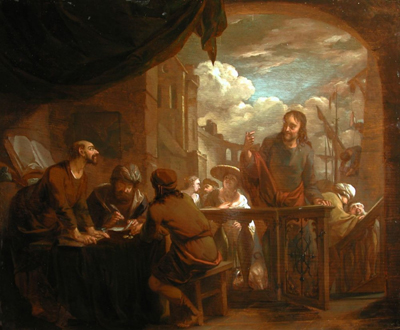 At an auction in Cologne, the Dordrechts Museum acquired its first Biblical subject by the local master. After restoration in the museum, is was presented on 24 April. The painting is executed in masterly fashion mainly in brown tints. The subject is from the Gospel according to Matthew (9:9-10): "As Jesus went on from there, he saw a man named Matthew sitting at the tax collector’s booth. ‘Follow me,’ he told him, and Matthew got up and followed him. While Jesus was having dinner at Matthew’s house, many tax collectors and ‘sinners’ came and ate with him and his disciples."

The painting was made in preparation for an illustrated Bible edition in which many prints after designs by Houbraken were used. 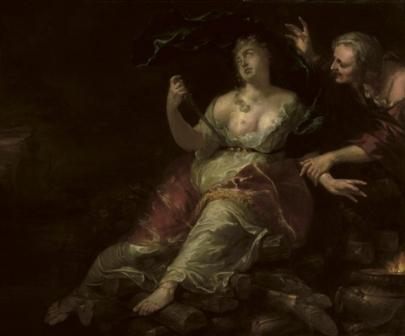 Then, on 9 May, at the old master auction at Christie’s in Amsterdam, the museum could not resist the opportunity to acquire yet another Houbraken, the large Death of Dido, measuring 126 x 152.4 cm. The museum was planning to keep the acquisition secret until the painting was restored, but the news leaked out.